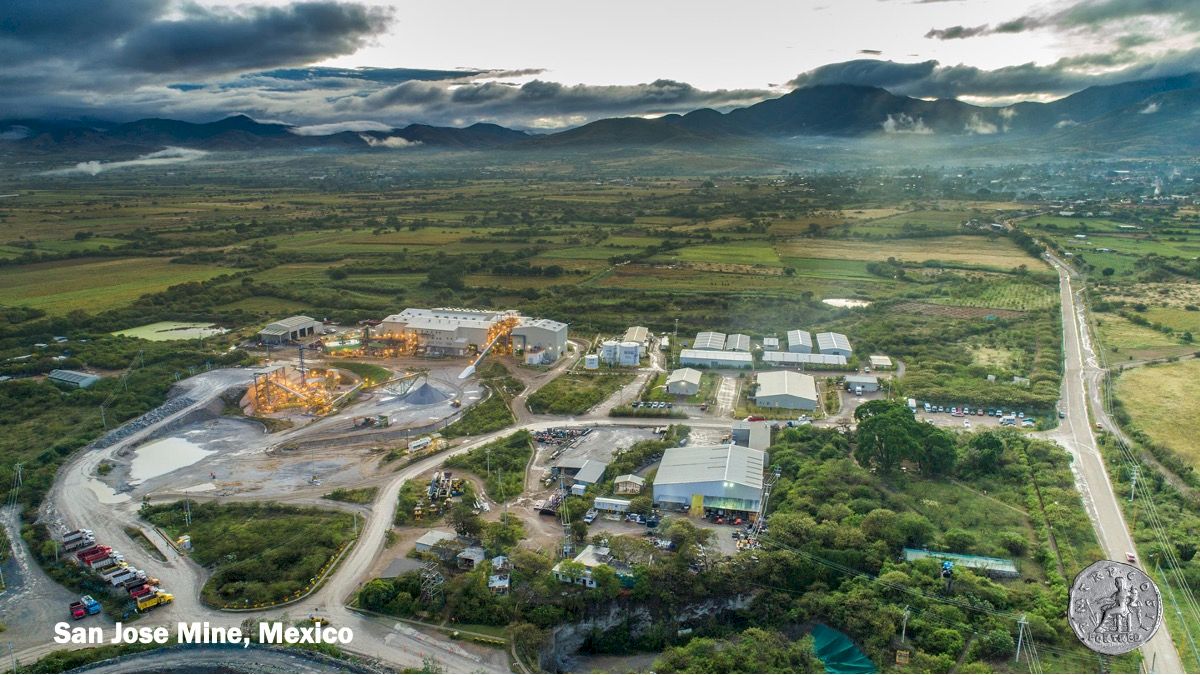 Mexico’s Oaxaca state hosts “remarkable” geological potential which could give rise to a string of new discoveries, according to a world-renowned geologist.

David Jones – whose work was key to establishing the Guerrero gold belt nearly 30 years ago – says his focus has now shifted over the state border to Oaxaca.

The southern state, which is currently Mexico’s fifth-biggest silver producer and a minor player in the gold space, remains under-explored, in part due to its remoteness and challenges accessing land owned by indigenous communities.

“In Sonora there’s still a lot to look at, in Chihuahua the same. The whole country has a lot to look at but I’m particularly excited about Oaxaca,” Jones told BNamericas.

These are Fortuna Silver’s San José silver-gold mine, and the El Águila and Alta Gracia mines, both of which are part of Gold Resource’s Don David operation.

The assets form part of a broader polymetallic and gold-silver zone of epithermal systems, according to Jones, running south-east from Oaxaca city.

“Both of those companies are just part of a much larger volcanic belt that has never really been explored to any significant degree,” he added.

Other assets in the belt include La Gitana, where Inomin Mines is planning an initial resource estimate, and Minaurum Gold’s Taviche asset, on which Fortuna has this year taken an option to acquire up to an 80% stake.

The company is planning to explore its projects, spread over a 55km trend, next year, CEO Allen Palmiere told BNamericas in March.

This emerging belt is the target of Vancouver-based Madoro Metals.

The company, for which Jones is exploration manager and a director, has three projects in the area.

At Yautepec, exploration has identified multiple drill-ready targets along a 5km trend, according to a company presentation.

Madoro is also negotiating to gain community permission for a first stage of drilling at the Magdalena project, and holds the unexplored Rama de Oro asset.

Jones views the Oaxaca gold-silver belt as “an opportunity parallel to that of the early Guerrero gold belt,” according to the Madoro presentation, with multiple producing deposits and geologic indicators pointing to potential for additional significant discoveries.

“Our biggest problem on is just getting permitting to drill, but if you're speaking geologically the potential is remarkable,” Jones told BNamericas.

Another area of focus for Jones is an emerging volcanogenic massive sulfide (VMS) system in southern Oaxaca.

Vortex Metals, which Jones co-founded, is planning to go public soon, he said, with the company holding a "big piece" of a VMS system, which includes the Zaachila and Riqueza Marina projects.

“Nobody has ever drilled these and there could be multiple new deposits in that belt.

“It’s just amazing that these things are just sitting there waiting to be explored and that [they] have never been explored,” Jones said.

Part of the reason why many parts of Oaxaca remain under-explored is their remote locations.

Travelling to Oaxaca state from Mexico City used to take a long time before the current highway was built, and moving within the state was also very slow.

“Now they have several new super highways and they are in the process of completing another one, which is going to make these areas even easier to get to, so the infrastructure has gotten better,” Jones said.

The other reason is that there is a larger percentage of indigenous populations in Oaxaca, which tend to have close-knit communities that are suspicious of outsiders, he added.

This remains a challenge in the state.

“You have to actively work to establish and maintain good relationships, always be credible and good to your word,” Jones said.