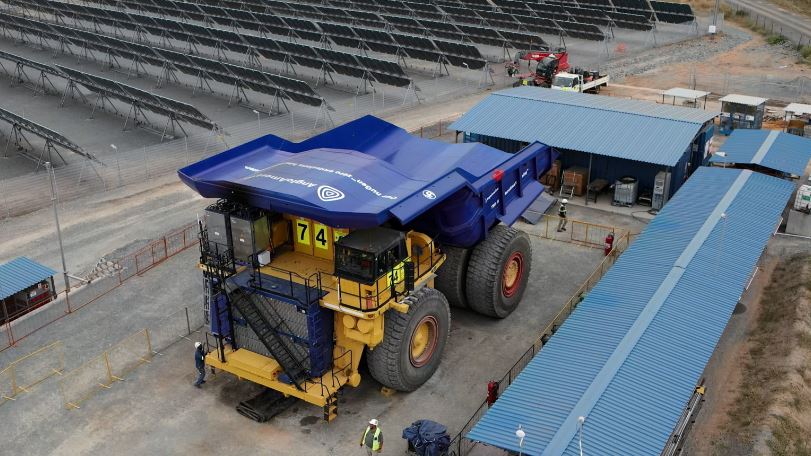 Mining and metals players with operations in Chile are seeking to take advantage of the country’s green hydrogen potential, spurred by its plentiful solar power resources in the north and wind potential in the south.

The green hydrogen truck market could reach US$1.6bn by 2050 and account for 30% of domestic demand for the fuel, according to the 2050 national mining policy.

A mobile green hydrogen pilot plant was opened in Antofagasta on Thursday by President Gabriel Boric. The pilot's objective is to validate the feasibility of producing green hydrogen with solar photovoltaic energy.

Green hydrogen can also be used to manufacture low-emission explosives, as well as fuel metallurgical processes, backup power generation and personnel transport among other things.

BNamericas takes a look at five hydrogen projects in the mining and metals sectors.

At the end of 2021, CAP closed a US$3.6mn financing agreement with development agency Corfo for the H2V CAP green hydrogen project.

Its steel unit Compañía Siderúrgica Huachipato (CSH) will build a 12MW, US$25mn pilot plant to produce 1,500t/y of green hydrogen. Operations are expected to start in 2025 and help CSH explore alternatives to produce green steel by 2027, according to its corporate report.

Luxembourg-based engineering company Paul Wurth is a partner and focuses on use of green hydrogen in iron and steel processing as a reducing agent.

The Hydra consortium, comprising Engie, research center Mining3, Csiro Chile, Mitsui USA and Antofagasta Minerals, among others, will install fuel cells and a prototype battery-powered train, which will also generate data to simulate the operation of a hydrogen-powered extraction truck.

Tests are carried out at Centinela mine in Antofagasta region and involve the design and production of a 60kW fuel cell and a 140kWh battery.

In 2021, Anglo American generated the first green hydrogen molecule from demineralized and reused water from a mining process. Use is intended for zero-carbon vehicles.

The university's metallurgical engineering department and state copper miner Codelco are cooperating on a zero-emission and zero-waste copper processing project.

The scaling process toward a pilot plant has started. The plant will be built on the university campus and the solution has the potential to solve copper smelters' sustainability challenges.

With the support of Codelco, tests will continue at El Teniente, according to the university.

The Canada-based miners are aiming at higher output and more efficiency.