The ICT challenges Colombia's next president will face 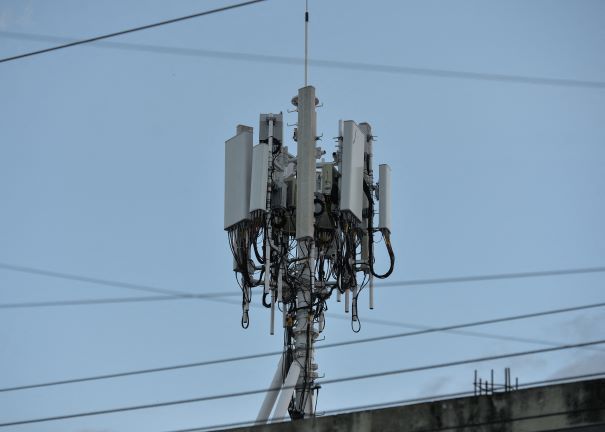 Although Colombia’s presidential candidates recognize digital transformation as key policy, some campaigns do not fully reflect this importance.

“All candidates talk about the need for digital transformation and the appropriation of technology but they do not know (or have not explained) how to achieve it and what are the priorities of the industry to effectively achieve a process of closing the digital gap,” Samuel Hoyos, president of Asomóvil, a Colombian chamber that also represents operators Claro, Tigo and Movistar, told BNamericas.

The first round will take place on May 29, with latest polls suggesting left-wing candidate Gustavo Petro would gain 35.8% and Federico Gutiérrez just over 20%. Rodolfo Hernández has recently surged to 19.1%.

The next government will take office in August and needs to resolve the issue of the 5G spectrum auction.

Although the current government has laid the groundwork, it has failed to conclude the process. A proposal to create a rural 5G wholesale network was also abandoned.

Despite efforts to connect rural areas with 4G, connectivity is still lacking, but “100% of regional capitals are connected.” In smaller towns and especially mountainous and jungle areas, deployment is difficult, Hoyos said.

“I think there are still important issues being discussed around spectrum in Colombia. We cannot stop ignoring the issue of renewals, which must be resolved before facing the next stage,” Lucas Gallitto, GSMA's Latin America director, told BNamericas.

Renewals have been onerous, raising the average spectrum cost. A GSMA report published at the end of last year suggested that if prices had been closer to the regional average, 4G coverage would have increased from 71% to 76% of the population by end-2019, reaching an additional 2mn potential users.

“Spectrum prices are a barrier to closing the gap and the investments that the country needs. We are ready to participate [in the 5G tender] but it will be successful to the extent that the spectrum renewal and auction conditions are carried out in accordance with the principle of maximizing social welfare,” said Hoyos.

According to Asomóvil, telecoms investment has been growing annually by nearly 40% to around US$2bn per year, mostly coming from the private sector.

GSMA recommends the government “promotes projects to encourage other agents in the ecosystem to invest in infrastructure deployment.” Peru’s Internet for All project, which Telefónica seeks to replicate in Colombia, provides an example of how to encourage investments, he said.

Gallitto also mentioned the inclusion of pipelines and telecommunications infrastructure in public works such as roads and bridges.

Petro wants to create an aerospace agency to manage a satellite that allows for “greater and better coverage,” a fiber optics expansion plan focused on rural areas, enable use of free software in State institutions, and implement training and digital laboratories across the country, among others.

Sergio Fajardo emphasizes connectivity in schools and fiber optics connection for hospitals, while Hernández wants to “promote and stimulate the financing and execution of the works of the 5G program and guaranteeing the continuity and completion of 4G” connectivity.

Gutiérrez’s ICT platform is most advanced. He proposes the digital transformation of the State, the judiciary and the financial sector, including specific goals.

He wants to launch the 5G auction in 2023 and accelerate the massification of connectivity and reduce the digital divide to guarantee that 7.4mn 2G and 3G mobile users have migrated to 4G by 2024.

He also promised to build 20,000 rural digital centers to reach 50% of the rural population, twice as many as currently, wants to deploy satellite technologies, establish incentives for last-mile supply, and demand subsidies.

A recent ruling by the constitutional court makes deployment more complicated, as it demands public consultations. “It is absurd when it comes to a public service that is essential and from which the satisfaction and guarantee of other rights are derived,” said Hoyos.

Gallitto said infrastructure deployment could be facilitated through measures like São Paulo's antenna law, which eliminates the need for some procedures or permits and allows access to public buildings or infrastructure, among others.

Claro connects rural towns of Guaviare and Nariño to 4G

Other projects in: ICT (Colombia)

Want to read more information about The ICT challenges Colombia's next president will face?