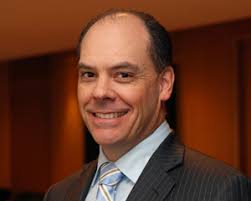 The gold and silver mining sector is poised for a surge in M&A deals once COVID-19 travel restrictions are eased, according to Trevor Turnbull, Scotiabank director of gold and silver global equity research.

The coronavirus pandemic has led some countries – including Latin American jurisdictions – to impose travel bans or restrictions, while many companies are also limiting international trips to reduce the risk of transmission.

This has prevented companies from completing due diligence on proposed transactions, Turnbull told BNamericas.

But once the restrictions are lifted and due diligence advances, the sector could see a string of deals announced, potentially in around six months.

Shareholders and companies – particularly among small to medium-sized producers – are pushing for consolidation as they seek to establish themselves as larger players with the capacity to take advantage of opportunities, according to Turnbull.

Attractive takeover targets in the region include SilverCrest Metals, which is advancing its US$100mn Las Chispas silver-gold project in Mexico.

High levels of free cash flow – buoyed by rises in the gold price – coupled with a lack of projects to replace reserves could lead to unprecedented levels of M&A in the gold industry, First Mining Gold CEO Dan Wilton told BNamericas in April.

BNamericas: What impact has the COVID-19 pandemic had on M&A in the gold and silver mining industry?

Turnbull: The big issue is the inability to conduct due diligence, because travel has been restricted and in some cases international travel is completely stopped for some countries.

People just can’t get on the ground.

They are using this time to come up with ideas but there’s going to be a period where, once everything opens up, people have to get out there, get on the ground and do the due diligence.

Any announcements we have seen have been in the works a long time and the due diligence has already been done.

There was one which was rather unique, Silvercorp Metals’ bid for Guyana Goldfields, which apparently did not include due diligence yet. They didn’t get a chance to get on the ground.

That’s the exception. I don’t see there will be any future announcements until travel opens up, because I don’t think anyone’s going to be comfortable announcing a deal until they’ve had that mutual due diligence trip.

There are some big deals that are really 90% there, they just haven’t had a chance to complete that final due diligence. That’s the final hang-up before they can complete the bidding process.

M&A is a little bit on pause for another few months until travel opens up, and then there may be some pent-up deals, where people go and finalize this stuff and you may get a nice bit of news flow on the M&A front in six months or so.

BNamericas: What is driving M&A demand in the sector?

Turnbull: M&A has been accelerating and is needed. The industry is so fragmented.

We have seen more M&A in the group of US$1-3bn companies and a few of them are struggling to get together and move up out of that category.

I think companies are going to get left behind a bit. The larger companies appeal to a broader group of investors that need more liquidity, market cap.

Some of these companies getting together are going to be quite good, and that’s going to put the companies that have not participated in M&A under more pressure to do something.

So M&A will drive more M&A. People will say, these guys are pulling away from us, we are sitting here and we don’t have a lot of projects or we don’t have quite the means to do what we want.

Let’s really think of these at-the-market or zero premium deals. That is something that needs to be explored.

I see M&A will absolutely continue.

I look at SilverCrest Metals with the Las Chispas project in Mexico. That’s a project that would make money at half today’s gold price, and yet there are a lot of mid-tier companies that don’t have a lot in their pipeline.

They will be a target because it would make a great addition to a mid-tier company, whether that’s a gold or silver company.

Consolidation is going to carry on. The industry will be better for it.

Turnbull: We are always cautious about deals that appear to be growth for growth’s sake.

There are very few synergies in the mining business. That is not really the way it works. So you don’t want to see companies get together and nothing really changes.

What is sometimes missed when we put companies together is they do become more capable of doing things.

Sometimes of course you can have a nice marriage of balance sheets, where someone had a bit too much debt to do what they want to do, and someone has excess cash but no projects.

So there’s that, but also once you are a larger company with more cash flow, the opportunity set really expands and your capability to take advantage of that is something worth considering as an impetus to M&A.

BNamericas: What are some of the other obstacles to getting deals done?

You get a lot of that and it bogs down deals that might be easy to visualize on paper.

That’s the trick. I think shareholders are very happy with consolidation and they are putting pressure on management teams to not be stubborn about holding on to their jobs as much as saying, let’s get together, it makes sense.

Someone will have to step aside and they need to make that decision and get on with it.

The drill program to date has surpassed a total of 16375 metres, drilled in 69 bore holes.