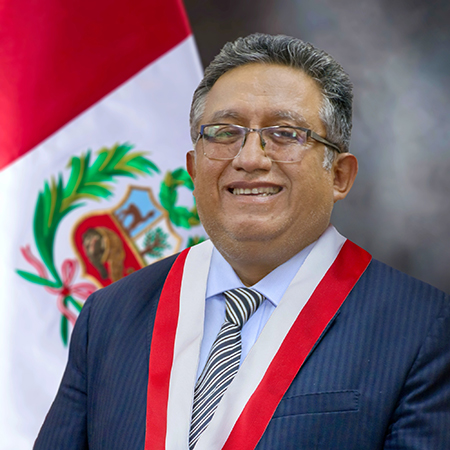 Peru has a portfolio of mining projects worth more than US$53bn, and in 2021 it produced 2.3Mt of copper. However, a series of social protests this year paralyzed two of its largest mines, Las Bambas and Cuajone, and members of the ruling party recently proposed nationalizing copper.

Lawmaker Carlos Enrique Alva, who is president of the congressional energy and mining committee, told BNamericas that any bill that does not respect the constitution or that poses a threat to the mining sector, will not be supported by congress. Alva also called on the government to take prompt action to restore order when a conflict occurs that affects the mining sector.

BNamericas: Considering that there have been several social conflicts in the recent months, is Peru still safe for mining investment?

Alva: Yes, and so we made it known at the PDAC [mining convention] in Canada together with the economy minister, Oscar Graham, and the energy and mines minister, Alessandra Herrera, with whom we explained to the attendees the advantages that the country offers and the investments that can be made. Peru needs private investment, but also mining that is responsible, that innovates and that carries out important social work.

There are mines that have social problems, but there are others that do not. Because what happens at Las Bambas is one thing, and what happens at Antamina is another. But the truth is that many of the protests are provoked by troublemakers who only focus on that. And the important thing is that the riches generated by mining become a benefit for all, because that is what some communities demand since they do not see an improvement in their quality of life.

BNamericas: However, many of the communities' problems are due to the misuse of the resources generated by the mining industry. In that regard, do you see a regulatory change in the redistribution of the mining canon as viable?

Alva: It is expected that such a change will have to come. We have many corrupt authorities and in the end it is not much use generating taxes and obtaining resources from mining when it ends up going to other destinations.

It is like a pocket with a hole in it that we have in Peru. Mining generates resources but they are not seen. So we have to modify the canon law, but, above all, we have to fight corruption. Because we must be clear, the mismanagement of the authorities is largely responsible for many of the social conflicts as the population does not see the wealth of their lands reflected in their quality of life.

BNamericas: Is there any legislative initiative in the works to change this situation?

Alva: Priority is being given to eradicate corruption. Now, all money that the State gives will have concurrent control. A law has been created so that projects carried out in the [mining] zones are controlled from beginning to end. That is going to help make the works visible, because there are areas with a lot of mining wealth, but there are no schools, no medical centers, no water or sewage. These needs must be identified and the State must be present, but without corruption. In this way we will also help to ensure that there are no more social conflicts. Although in this aspect the mining companies have also made mistakes, such as giving out money [to end protests]. And now they are paying the consequences of having accustomed the people who stir up the protests to enrich themselves. This should be ended.

The only thing that is asked of mining companies is that they invest responsibly and respect the environment. This is something that they can easily do with technology.

BNamericas: Considering the protests that paralyzed Las Bambas and Cuajone for almost two months, what is happening with Peru's legal security? Can anyone invade a mine?

Alva: From the energy and mines commission, we have always told the government that in these cases what must be done is to restore authority as soon as possible. And this has recently been understood in the case of Las Bambas, where the government has declared the entire conflict zone an emergency.

The executive must show a firm hand and enforce the laws. Private property must be respected.

BNamericas: What regulations are being worked on by congress to give the mining sector a boost?

Alva: In favor of large-scale mining, we have decided to maintain the IGV [sales tax] exemption for companies that carry out mining exploration. And this has been supported by the economy and finance ministry and the energy and mines ministry.

On the other hand, and in the face of unconstitutional bills such as the one that seeks to nationalize copper, we have a clear position of rejection and that is why they are bills that will reach the committee, but they will not pass because they go against the established norms.

We are a country that knows that today we need mining. It is illogical to think of laws that go against it.

BNamericas: Peru has a project portfolio of more than US$53bn. What is being done to speed up its execution?

Alva: In this aspect, regulation must be improved. There is a lot of delay in environmental authorizations. And that makes investments slow and it takes time to exploit the mines, as in the case of a lithium project [Falchani] that we have in Puno, and whose environmental studies have not yet been approved. And we are talking about high-quality lithium, which according to studies is better than that of Argentina and Chile, and the plant will be in Peru.

We have to streamline processes. The ministries involved have to act faster to avoid missing out on opportunities.

BNamericas: Is any regulation being worked on to promote the creation of mining clusters in Peru?

Alva: No, but it would be a good idea. We have to see how to work with companies to produce and export.

Alva: It does not. It is something that we must work on and implement. And we have said that to all previous energy and mines ministers. Peru does not have a mining, agriculture, or housing policy. And we should have one for the short, medium and long term. But that is a job for the government, which also has to focus on energy issues, ports and highways, because that is what mining needs.

BNamericas: Finally, how is Peru doing in terms of ports?

Alva: Much progress is being made. The country has been working for years on the construction of large ports so that products can be exported at low costs. What is sought is competitiveness, and that the ports offer better loading and unloading times.

For a company to come and invest, it must be given these facilities. And in that regard, Peru has nothing to envy other countries like Colombia or Bolivia that are also supporting mining. The only thing we ask of mining companies is that they bring innovation, that they respect the environment and invest responsibly.

The machines will be operated remotely.

Social conflicts in various regions put the progress of important projects and mines on hold, with major investment decisions such as on Yanacocha ...

At a glance: Major Peruvian mining projects under construction