How to navigate a technology oil tanker through an ice field 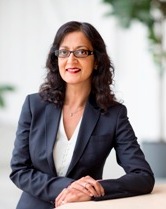 Perhaps no traditional technology company has been more aware of the rapid and far-reaching changes affecting its industry and has shown the ability to adapt than Swedish telcoms equipment supplier Ericsson.

Some of its traditional competitors have gone out of business or been forced into mergers and acquisitions. The pace of change and pressure to adapt is brutal and even harder at times of adverse macroeconomic conditions, which hinders attempts to diversify and innovate. Ericsson itself has committed to cut 9bn krona (US$1bn) in costs by 2017.

But for a 140-year old technology veteran, Ericsson has done well to navigate through the disruptive technology market, shedding areas of business where it does not feel it can lead (cell phones, modems) and focusing on other areas where it can (cloud, TV & media, IoT for industries).

One of the key thinkers and coordinators of this whole process in Ericsson is chief strategy officer and head of M&A, Rima Qureshi.

Just days before the Mobile World Congress kicks off in Barcelona, which will provide the world with a window on where technology is heading in the next few years, BNamericas spoke to Qureshi about where Ericsson is going, how and why.

BNamericas: Ericsson has recently been partnering with other tech companies like Intel and Cisco. Is this a recognition that you can't do it all on your own but need expertise from experts in other areas?

Qureshi: I believe so and certainly that's our strategy. This is about an ecosystem. If you look at the number of companies and industries interested in the 5G standardization, it's no longer just the usual suspects. You have so many others that want to have a say in how things should be standardized.

It's impossible for one company to do everything and our objective is to decide what is core for us and where we will be able to differentiate and create value and at the same time partner with the best of breed so we're able to provide the best solutions for the ecosystem.

Not very long ago we announced we were exiting the modem space because we believe it's better to partner with the best chipset and modem providers like Qualcomm and Intel and to focus on where we can create value.

We believe that for success and transformation, as well as to address the disruption that all industries are going through, it's very important to partner.

BNamericas: But does this mark a departure from an M&A strategy?

Qureshi: A shift has happened in the industry. We were traditionally an engineering company trying to develop everything ourselves, end-to-end. What we now do is focus on capital and resource allocation to determine the best way for us to reach our strategic objectives.

In that context, the answer is not as simple, as saying we're moving away from acquiring to partnering, but that in every case we're looking at four options which are: to do it ourselves organically, spending our R&D dollars; acquiring something; or making a strategic investment or partnering.

BNamericas: Two of your chief competitors, Nokia and Alcatel-Lucent, have now merged. How competitive is the industry now?

Qureshi: We're compared to the radio providers or traditional telecoms providers. But I think it's important to keep in mind that we see competition from the IT services vendors as much as from radio. If you look at our services revenue, it's covering around 40% or more of overall Ericsson revenue. So those aren't necessarily the competitors that you mentioned that we're seeing. We see competition coming from the IT environment, local services companies, from the traditional telco vendors in the radio domain, but we also see competition from GE [General Electric] if we're talking about IoT or from companies in the TV and media space.

BNamericas: As a person that's been in the industry for a long time, how difficult is it to take those tough decisions, to guide a company and turn the ship around, departing from a traditional focus and to convince senior management that that is the way to go?

Qureshi: I've been at Ericsson for 23 years and this is the best job in the company. It's difficult and there are a lot of difficult decisions to take, but I think that the challenge for all companies, irrespective of technology or industry, is keeping the traditional businesses going at the same time you nurture new businesses. Every industry will be transformed and every industry will face disruption as a result of technological trends like mobility, broadband and cloud.

That's the balance that takes up most of my time. It's important to focus on capital and resource allocation. We need to develop and grow new businesses and give them enough money, but we need to do it in such a way that we don't take away from the cash cow. In some cases those businesses are declining but still bringing in very important revenue. It'd be a lot easier to shut down a business and move all my money to something else. It's harder knowing how much to put in and how much to take out.

BNamericas: Ericsson has its fingers in many pies. Which areas are core for the future?

Qureshi: Our strategic direction is telecoms services, radio core and transmission. That's the traditional business and that'd go back to what we would do organically to preserve more ongoing business.

Then we have the targeted areas where you see many of the announcements. IT, like the partnership we've announced with Cisco. On cloud, everything is becoming virtualized and will be an ongoing focus. TV & media, we see that more than half of video traffic has shifted to on-demand. And finally Industry & Society, all industries will be transformed.

As an industry we need to address the demands of the end-consumer. If the industry is going to be competitive we need to focus more on customer experience, management, analytics and analysis of what the network is providing. That's why there will be a lot more focus on OSS/BSS. That's been the strategy for the past few years and will continue to be the strategy in those main areas where you'll see future announcements and collaboration.

BNamericas: Steve Jobs said that the consumer doesn't know what they want yet. Are you meeting demand or creating it?

Qureshi: It's a good question. We're making sure that we enable the demand. I think the demand is there. At some point you have to ask how many devices we can have, how much bandwidth do we need. We don't seem to have run out of ideas of how to use it yet. So we just keep enabling.

The connections made throughout 2022 in the states of São Paulo and Rio Grande do Norte correspond to 14.2 MWp. They add to the nine units (48 MWp)...

Want to read more information about How to navigate a technology oil tanker through an ice field ?