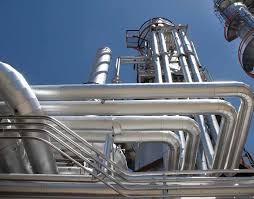 Braskem Idesa has partially resumed production at its Etileno XXI polyethylene complex in Veracruz state despite an earlier decision by the Mexican government to end the company’s natural gas supply.

The firm has applied an “experimental business model” to get the plant up and running, it said according to local media, although it did not state the utilization level of the unit under the new scheme.

The company added it was pursuing legal action against the government and said it did not know when the plant would be able to return to full operating capacity, as it still does not have access to a conventional means of gas supply.

As BNamericas reported previously, in early December Mexico’s natural gas control center Cenagas refused to renew a contract to transport natural gas supplied by Pemex to Etileno XXI. The decision led to a full shutdown of the plant’s operations.

President Andrés Manuel López Obrador (AMLO) later tied the decision to a refusal by Braskem Idesa to change the terms of a 2010 agreement with NOC Pemex under which the NOC would sell 66,000b/d of ethane to Braskem Idesa at a discounted price.

At the time of the deal, Pemex had a surplus of ethane, a byproduct of its natural gas activity. The Mexican government conducted an open tender for a private player interested in building a polyethylene production facility that could make use of Pemex’s ethane with favorable terms.

But since then, Pemex’s ethane production has steadily declined and the NOC has failed to fully meet the supply commitment in recent months. Fitch Ratings estimated that, as of September 2020, Pemex had accrued a debt of US$64mn in unpaid notes to Braskem for failing to meet its obligations.

Mexican officials, including AMLO himself, have often said the contract is unfair to Pemex and was unpinned by corruption. So far, negotiations to strike a new deal for ethane supply have failed.

Nevertheless, Colombia's national oil company expects that the year-end spend level to be near the bottom of the investment range announced previou...

With the region advancing in recycling regulations and more bans on certain types of plastics, BNamericas spoke with Erick Scheel, president of Pep...

Pathway to critical and formidable goal of net-zero emissions by 2050 is narrow but brings huge benefits, according...