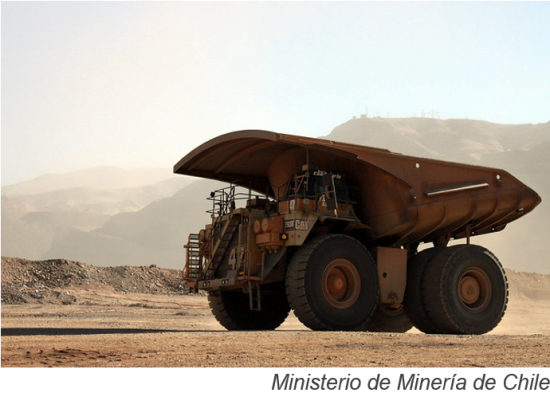 A bill on copper and lithium mining royalties was approved by Chile's lower house mining committee on Monday by seven votes to three.

Lawmakers voted to introduce a new tax of 3% on the value of the minerals extracted in the case of companies that produce over 12,000t of fine copper or 50,000t of lithium a year. The funds collected would be used for the development of the regions that host the deposits to mitigate environmental damage. Legislators also want to boost President Sebastián Piñera's US$1.2bn plan to counter the social unrest that Chile has been experiencing.

Major mining companies in Chile currently pay corporation tax of 27% plus a specific mining tax of 5-14% depending on production rates.

Originally introduced in 2005 to create an innovation fund, the specific mining tax was originally up to 5% of operating profits, but in 2010 was raised to 9% for a two-year period in order to repair damage from the February 2010 earthquake. New projects with capacity of more than 50,000t of copper had to pay up to 14%.

The government budget office said the specific mining tax has represented 0.4% of the country's GPD since its creation and according to the bill in the lower chamber that was presented a year ago, the current levy is insufficient.

According to the mining council, which represents major mining companies, its members have paid around US$37bn in taxes in the last 10 years.

The lower house mining committee will discuss proposed amendments to the bill on January 27.

The bill can only advance with government support. Once the constitution, legislation and justice committees give the green light to the bill it can be voted on by the full house before moving to the senate.