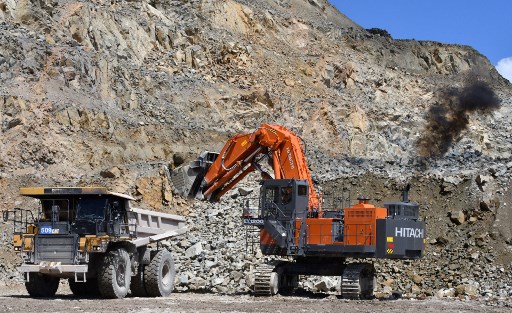 Canadian miner Lundin Gold forecasts that production at its Ecuadoran gold mine Fruta del Norte will reach 425,000oz-475,000oz in 2023.

Total sustaining capital for next year is estimated at US$45mn-US$55mn, including the fourth raise of the tailings dam, a new warehouse, a new wastewater treatment plant and various efficiency improvements at the mine and plant, as well as the completion of certain works not finished this year, the Canadian company said in a statement.

Lundin Gold also added that it expects to continue its regional and near-mine exploration programs. It is planning 28,000m of drilling using a minimum of five rigs in 2023, up from 22,500m drilled in 2022.

The near-mine program will focus on surface and underground drilling, either at or near Fruta del Norte.

Indications from drilling in 2022 suggest significant potential for the expansion of Fruta del Norte's resources at depth, as well as to the east, west and south.

The company estimates that the near-mine program will cost US$9.4mn in 2023, with the plan to drill 15,500m with the aim of confirming indications of both a potentially larger Fruta del Norte mineralized envelope, as well as the existence of satellite deposits.

The regional program will focus on several exploration targets in the 16km long Suárez basin, with the goal of identifying another deposit similar to Fruta del Norte.

Three large-scale mine projects in Azuay province in southern Ecuador could account for 25% of the GDP of the province, analyst at local consultancy Grupo Spurrier, Alberto Acosta Burneo, said in a presentation on mining in the jurisdiction.

These three projects are the Rio Blanco gold and silver mine, owned by the Chinese companies Junefield and Hunan Gold and operated by Ecuagoldmining; Loma Larga, a gold, copper and silver project belonging to Canada's Dundee Precious Metals; and Ruta del Cobre, a copper mine development operated by the company of the same name.

The Río Blanco initiative was suspended in a ruling by a local judge back in 2018, but Junefield recently filed an investment arbitration suit against Ecuador before an ad hoc tribunal for the suspension, which was caused by pressure from activists who claim that no prior consultation was conducted.

Loma Larga is also halted because a judge ruled last July that the company must carry out prior consultation with indigenous communities in the area before moving on to the production phase, meaning that the company has been unable to being mine construction.

Meanwhile, the Ruta del Cobre development is still in the economic evaluation stage, with the feasibility study under development.

According to Luis Corral of the country's anti-mining front, government representatives are reluctant to accept the proposals of the indigenous mov...

Companies grapple with political, regulatory and economic challenges as they push ahead with nine US$1bn-plus capex gold projects.

Atico on track for environmental license for Ecuadoran polymetallic project