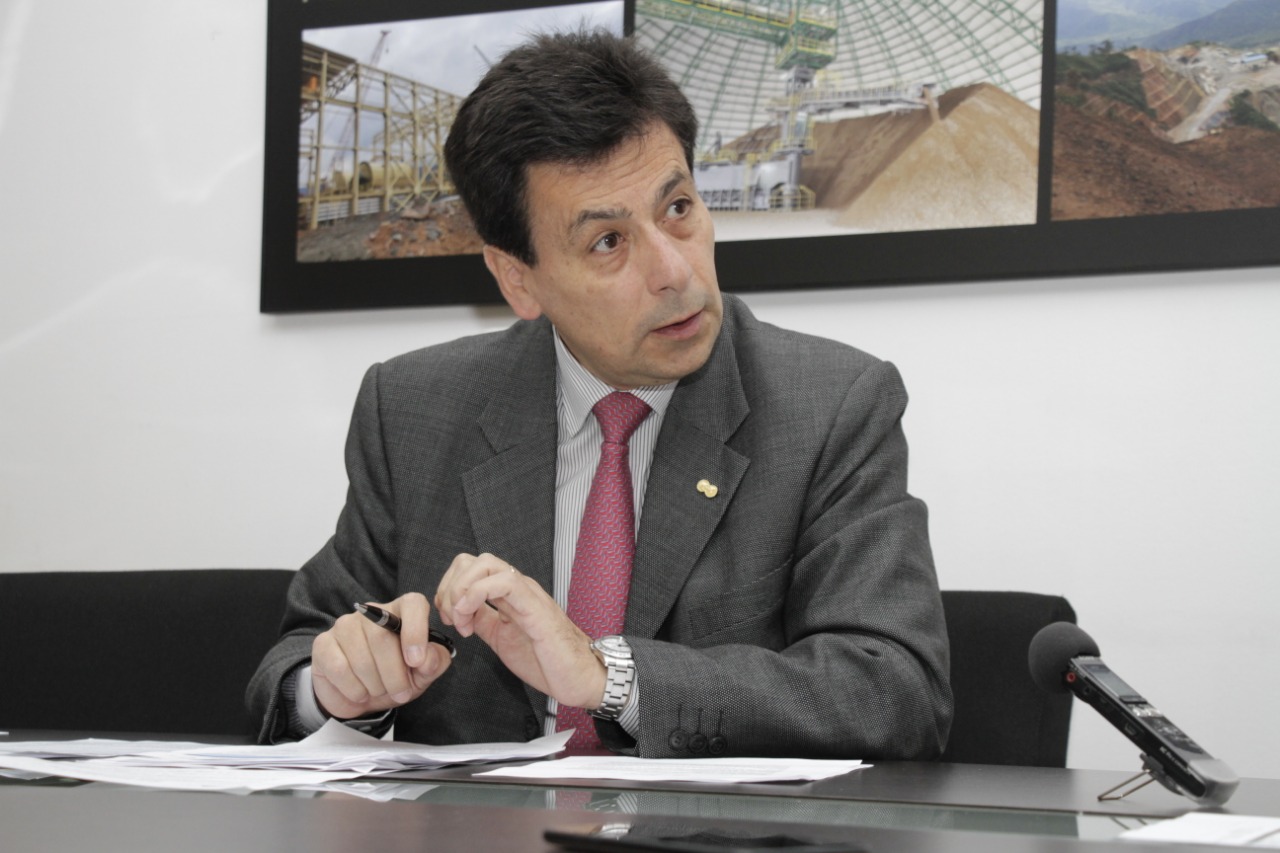 Although Ecuador's mining authorities haven't announced a date yet, they aim to gradually reopen the sector.

Restrictive measures to stop the COVID-19 pandemic have involved reducing activities to the bare minimum, as well as reducing personnel at the mines to 20-25% of normal levels.

During a webinar organized by media group The Business Year, the energy and non-renewable resources minister, René Ortiz, indicated that a decree to establish that corridor is ready to be signed by President Lenín Moreno.

The US$1.4bn Mirador mine is concessioned to EcuaCorriente, a subsidiary of Chinese consortium CRC-Tongling Nonferrous Metals, while Lundin Gold invested US$692mn in the Fruta del Norte underground operation.

Due to limitations such as mobility restrictions, which have been in force since March 16, the country was unable to export minerals for some US$72.5mn, of which 70% corresponds to copper concentrates and gold from Mirador and Fruta del Norte, Benalcázar said.

Meanwhile, the mines department has already shared with companies the reopening protocol, which still must be approved by the emergency operations committee.

As of April 30, just 4% of mining operations were working normally, 33% partially, and 41% had activities suspended due to limitations specific to the sector in the midst of the pandemic. The remaining 22% had not started activities because they lack permits or are engaged in other administrative suspension processes.

Problems in the sector revolve around the fear in communities adjacent to mines over contagion and related road closures that prevent the transport of supplies.

“Projects that are in the advanced exploration stage have not been affected more, precisely because they are not in production. There may be delays in the activities of each company, but that time can be recovered throughout the exploratory phase,” Benalcázar added.

The official said projects in the exploration phase could face delays of about three months, “but companies will seek ways to compensate that, improving workers' shifts, changing working hours, negotiating with workers to find the best options.”

Mining specific restrictive measures to curb the pandemic involved the suspension of drilling and a delay in disbursements over US$2mn to complete the opening of the mining cadastre.

The funds, which will come from the IDB, have already been approved, but the country still has to comply with certain procedures to receive them.

Benalcázar estimates that the funds will arrive in May, so the mining cadastre will be opened in the fourth, not in the third quarter as originally planned.

The official said workers will gradually return to mining projects when activity begins to restart, airports operate, and inter-provincial transfers can take place.

On-site personnel could reach an average of 75-80% of normal levels this year, depending on the behavior of the pandemic, and by 2021 all personnel will have returned to work.

Why miners must step up transparency