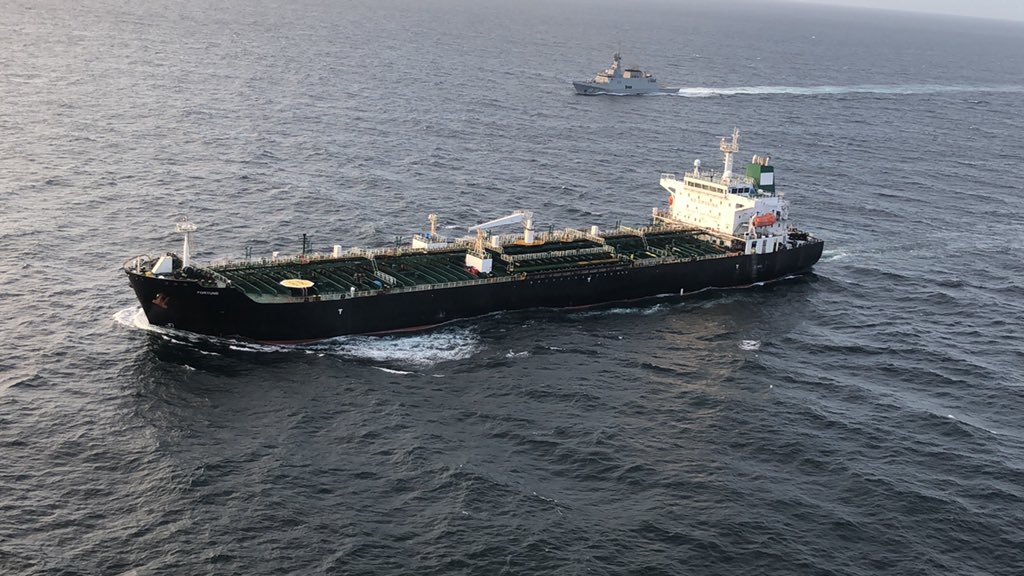 Caracas, May 24, 2020.- The Minister of the People's Power of Petroleum, Tareck El Aissami, announced this Saturday that the ships of the sister Islamic Republic of Iran are in the Exclusive Economic Zone of Venezuela, accompanied by the Bolivarian Navy.

"The ships of the sister Islamic Republic of Iran are already in our Exclusive Economic Zone, as our beloved Commander Chávez would say, 'The Blue Venezuela', accompanied by our Bolivarian Navy, as a symbol of brotherhood and the strength of our union "El Aissami wrote on his account on the social network Twitter @TareckPsuv.

In the evening hours, the ship “Fortune” arrived, the first of the five Iranian ships, from the Islamic Republic of Iran, with the first shipment of fuel of the five that are scheduled to arrive in the country.

This show of solidarity and brotherhood was born in the framework of cooperation and trade agreements between Iran and Venezuela. With the arrival of this first Iranian vessel loaded with fuel, it is hoped to supply our nation, which suffers the consequences of illegal unilateral coercive measures imposed by the Donald Trump administration.

Diplomatic relations between Venezuela and Iran date back to the 60s of the 20th century, mainly in the oil field. It is thanks to the arrival of the Bolivarian Revolution that cooperation diversifies and ties of brotherhood and solidarity are strengthened, principles implemented by Commander Hugo Chávez, who is firmly continuing the constitutional president Nicolás Maduro Moros.

Want to read more information about El Aissami announces the arrival of the first Iranian ship to the exclusive economic zone of Venezuela?