ENEE will invest $ 177 million in the national electricity grid 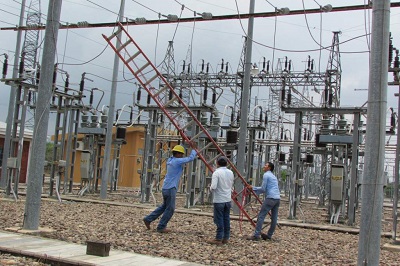 Jesús Mejía, head of the National Electric Power Company (ENEE), recently announced the aggressive plan to expand the transformation capacity in Substations and the Transmission Network of the Sula Valley.

In the presence of representatives of the Chamber of Commerce and Industry of Cortes (CCIC), Mejía exposed the main actions to be carried out, among which is the expansion of substations, the transfer of mobile phones to vital points, acquisition of transformers and to counter the high index in the theft of energy and reduce technical losses.

Mejía explained that a short, medium and long term plan is being used that will improve the reliability of the country's electricity supply, projecting an investment of at least 177 million dollars.

Said insured investments will be through funds from the Inter-American Development Bank (IDB) amounting to $ 150.0 million dollars a counterpart of $ 9.0 million ENEE funds and $ 18.4 million from funds of the Program for the Promotion of Renewable Energy in Low Income Countries of the Strategic Climate Fund (SRE) with the IDB as the implementing entity.

In this plan, it is contemplated in the first instance to invest about 7.9 million dollars to the Noroccidente system, which presents, according to statistical data from the Planning Directorate of ENEE, the greatest demand for electricity at a national level, dotting the consumption of 49.7% of the energy supplied to the country, followed by the Central Zone with 40.9% and finally the Atlantic Coast with 9.4% of the invoiced energy.

Through the work to be performed by the customers of the state power company, they will be able to enjoy an efficient and reliable service given that the transformation capacity of the substations and transmission network will be optimized, strengthened and increased.

Currently the national electricity system has 79 substations of which 70 are owned by the ENEE and are mostly located in the North and Litoral zone of Honduras.

The planned works include the construction and expansion of substations and a new transmission line.

The tripartite Green MSMEs initiative will provide technical support to the project in the department of Atlántida for the generation of renewable ...

CABEI approves US$250 million for the benefit of 9 million Hondurans as part of a credit facility focused on reduci...

Want to read more information about ENEE will invest $ 177 million in the national electricity grid?