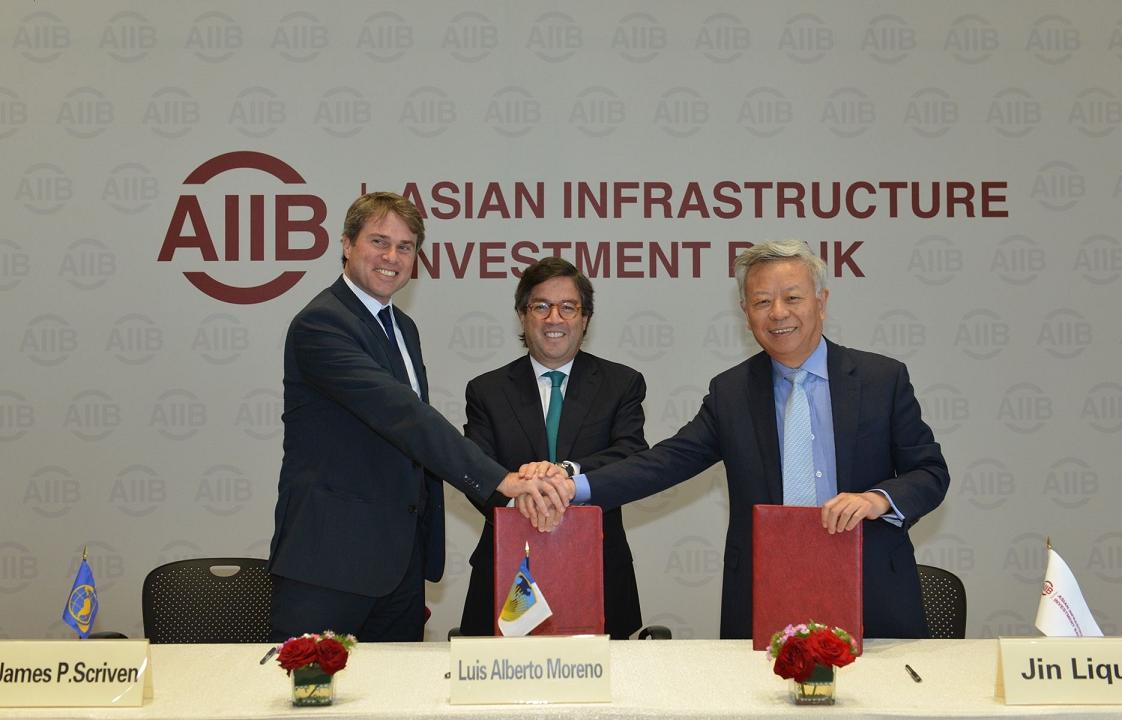 The Inter-American Development Bank (IDB) signed a memorandum of understanding with the Asian Infrastructure Investment Bank (AIIB) that will deepen the ties between both groups.

The document was signed by the presidents of the AIIB and IDB, Jin Liqun and Alberto Moreno respectively, and the chief executive officer of the Inter-American Investment Corporation (IIC), James P. Scriven.

This will establish a common framework between the institutions for cooperation on mutual areas of interest, such as knowledge exchange, policy coordination, and the co-financing of infrastructure projects in their respective member countries.

"AIIB and the IDB Group are formalizing our partnership because we share the same vision to promote cooperation and economic development," said Jin on a press release from the IDB.

Meanwhile, Moreno highlighted that Asia is a key economic partner for many Latin American countries "This new agreement between the IDB Group and the AIIB will enhance those ties and solidify Asia's standing as one of our region's key partners in the journey toward sustainable development", he stated.

THE AIIB IN LATAM

Since it started operating in January 2016, the China-backed AIIB has approved financing 13 projects in different sectors across Asia; however, it has also set its sights on Latin America.

Last Saturday, the bank announced it has adopted resolutions approving seven applicants to join the Bank, including Chile and Bolivia.

On this regard, Chilean President Michelle Bachelet said that her country considers the AIIB a "positive instrument" and that she is optimistic about the opportunities this could open for infrastructure and energy projects.

China already supports several key infrastructure projects in Latin America, including the US$10bn initiative to build a bioceanic rail that would link Brazil's Atlantic coast with Peru's Pacific coast, with considerations to intersect Bolivia in an east-west trajectory.

At the same time, Bachelet said that she spoke with Jin Liqun about the possibility that the AIIB could invest on a transpacific fiber optic cable between Latin America and the Asia Pacific region.