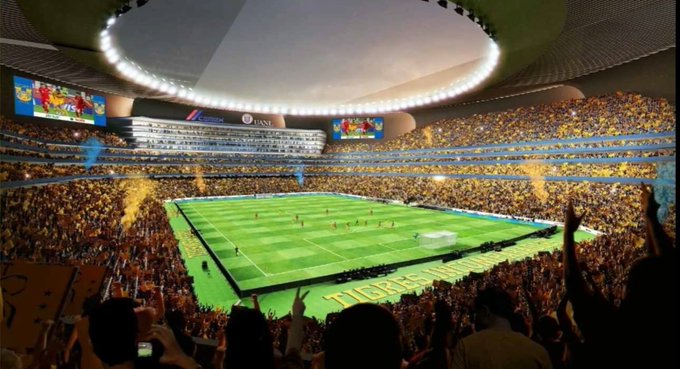 Construction for the new US$320mn Tigres stadium in Mexico’s Nuevo León capital Monterrey remains in limbo even though the groups behind its development promised they would start works this year.

Daily El Universal reported Friday that the complex, which will replace the existing stadium that is home to the Tigres soccer team, does not have a date to begin construction as legal issues are halting the project.

At the time, the governor said works would start in the coming months, but neither authorities nor the private entities behind the development have updated the plans

The project involves the participation of Universidad Autónoma de Nuevo León (UANL), owner of the site where the stadium will be built, and cement giant Cemex, which owns the Tigres soccer club through its subsidiary Sinergia Deportiva.

“There are some legal issues, as well as details to be defined, such as its operation. The main agreement is already in place with all the parties, but it still needs to go into some details that are important to finish,” he said.