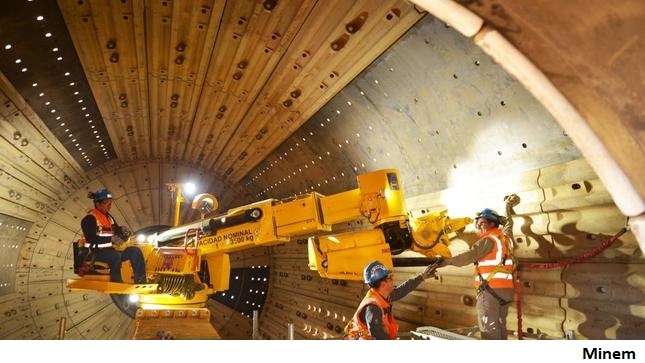 Investments in the Peruvian mining sector totaled US$1.05bn in the first quarter of the year.

According to the latest statistical bulletin from the mines and energy ministry (Minem), 38.8% of the funds came from London-based Anglo American and local miner Marcobre, while the Peruvian unit of Chinese firm Chinalco contributed 9.5%.

In Peru, Anglo American is responsible for the US$5.3bn Quellaveco copper project, while Marcobre owns the Mina Justa copper project, valued at US$1.6bn, and Chinalco is conducting the expansion of the Toromocho mine, which will require more than US$1.35bn.

According to the Minem report, in March alone mining investment reached US$394mn.

The ministry noted that transfers to the regions for mining royalties and concession fees totaled more than 1.73bn soles (US$500mn) between January and April.

It added that, in the midst of the COVID-19 pandemic, those resources will allow "the fortification of health services to deal with the pandemic and accelerate the country's economic recovery," Minem said in a statement.

The regions that managed to obtain most funds were Áncash, Arequipa and Tacna.

With an economy running at 44% of its capacity, on May 3 President Martín Vizcarra's government issued a supreme decree with guidelines to progressively resume economic activities after a series of restrictive measures applied to curb the spread of COVID-19.

In the case of mining, the reactivation will start with large-scale operations and projects considered to be of national interest, such as Quellaveco, Mina Justa and the Toromocho expansion.

Permitting and social management are key to get the sector back on track, the Perumin event was told.