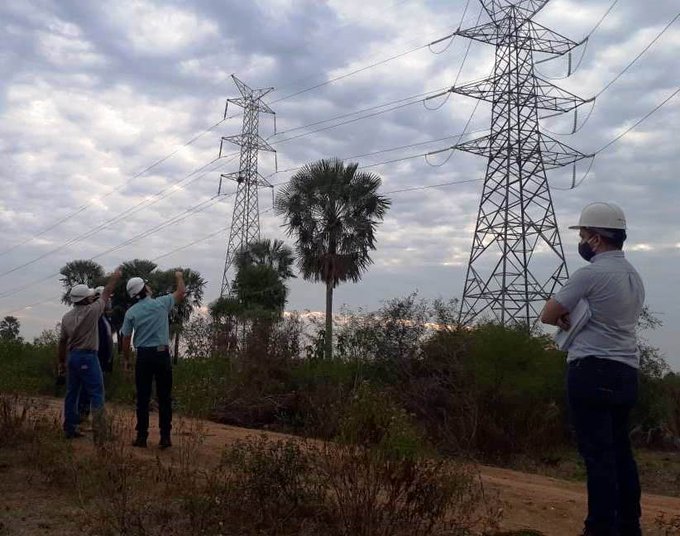 On the eve, Monday, May 4 of the current year, the National Electricity Administration began laying the new conductors of the Transmission Line at 220 kV Limpio - Villa Hayes, with which the transmission capacity will be expanded by 220 kV , complying with the plan to reinforce and strengthen the Transmission System in the Metropolitan Region.

The reinforcement of the Transmission Line 2 x 220 kV Limpio - Villa Hayes, which has a length of 18.60 km, consists of changing the current conductors for others of the HTLS type, for its acronym in English, with high temperature and low arrow, technology that increases the transmission capacity of the line, practically double the current value.

This work is carried out, thanks to an investment of USD 4,489,900, financed by the Development Bank of Latin America - CAF and a counterpart from ANDE and is part of the Retraining project for 220 and 66 kV Transmission Lines of the Metropolitan System, awarded by the ANDE International Public Tender No. 1283/2017 - Contract No. 7180/2018 to the Contractor Tecno Electric SA, with the supervision of ANDE.

It should be noted that, coinciding with the start of the work, a practice was carried out to apply sanitary prevention measures, as a culmination of the induction talks on prevention of COVID 19; before the workers enter one of the construction sites and afterwards in the field work.

The talks prior to the start of the works were held last Monday, April 27, Tuesday, April 28, and Monday, May 4, this year, at the construction sites located near the line's layout.

These actions guide the protocol that will be implemented throughout the execution of the works, in prevention of COVID 19, with the demonstration of all the sanitary implements that will be used, such as sprays for vehicles, foot rests for disinfection, etc .; in compliance with Decree No. 3442/2020 of Preventive Actions, Decree 3456/2020 of National Emergency and the successive ones, with mandatory character.

Meeting with representatives of the Argentine electricity sector, to advance with the energy integration process

Other companies in: Electric Power (Paraguay)