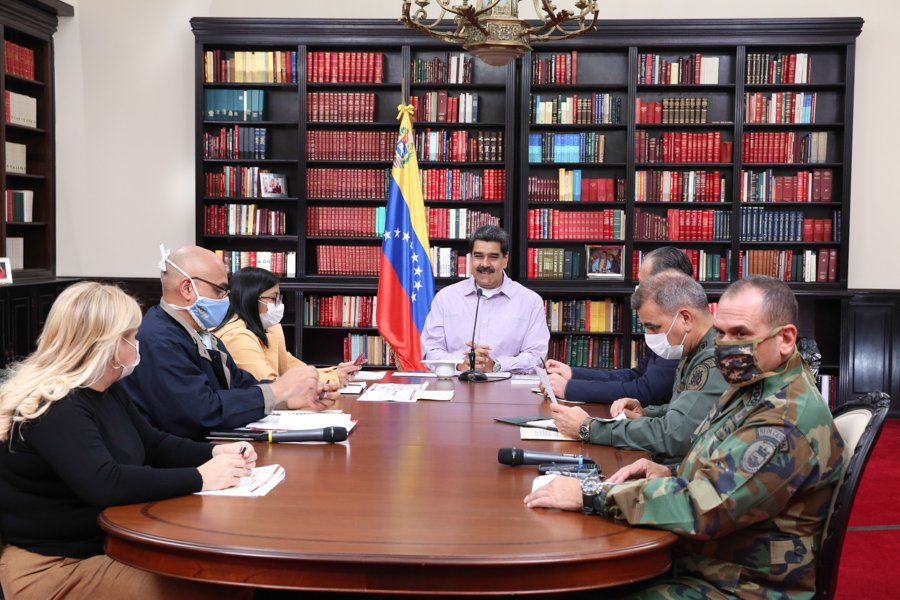 Caracas, June 7, 2020.-    The President of the Bolivarian Republic of Venezuela, Nicolás Maduro, stressed the importance of the extension of the oil production adjustment agreed by the OPEC + nations, which was ratified this Saturday by the participating countries of the Declaration of Cooperation signed in 2016.

“Yesterday, the OPEC + cut agreement of 9 million 700 thousand barrels per day was ratified, also welcomed by all the G-20 countries. We are going to stability, ”said the Venezuelan president this Sunday, referring to the decision of the OPEC and Non-OPEC countries to prolong the commitment to regulate the supply of hydrocarbons in search of the balance of the energy market on a world scale.

The Head of State stressed the importance of the leading role of the Bolivarian Republic of Venezuela in the construction and realization of this reality that points to the search for fair oil prices. "It is the leadership of the true Venezuela, of the Bolivarian Government loved and respected by the governments of the world, the true leadership to defend the interests of our country."

For his part, the Sector Vice President of the Economic Area and Minister of People's Power for Petroleum, Tareck El Aissami, underscored the relevance of the outstanding decision made by the producing nations in the framework of the Declaration of Cooperation for the Voluntary Adjustment of the Production of Raw.

In this regard, he pointed out that "in the heat of this history that we are writing, the peoples of the world must recognize that it is Venezuela, that you are President Maduro, leader and promoter of this 2016 agreement, which today is being resumed with the necessary force, the necessary union of OPEC and non-OPEC countries, to achieve energy stability and price stability. "

To reinforce the importance of the Declaration of Cooperation, El Aissami emphasized that this initiative “will allow riding and overcoming the crisis caused by the pandemic and the stability of the world economic and financial system. It is a virtuous mechanism. OPEC + has proven to be the economic forum that can guarantee future stability after this situation that humanity has experienced, ”he said.

Finally, President Nicolás Maduro highlighted that “we have received the support of all OPEC + to completely resolve the issue of gasoline. We have offers from all the OPEC countries for the gasoline that Venezuela needs, (..) and the inputs to increase production, to guarantee the production in Venezuela of all gasoline, "concluded the President.

Unisys' operations in Venezuela down to one person

In Venezuela, clients are gone. Contracts have been discontinued and not been renewed, while operations have been brought to a minimum of one perso...

Cuba was considered for the first time by UK broadband comparison site Cable, reaching position 82 while Mexico fell to 85.

Want to read more information about President Maduro highlighted the importance of the extension of the production adjustment agreed by OPEC +?