Spotlight: The 11 Peruvian mine projects set to begin construction in 2022-25 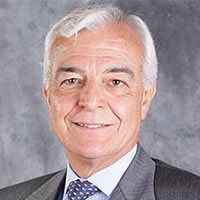 Peru is set to begin construction on 11 new mining projects in 2022-25 involving total investments of US$11.8bn, according to the updated portfolio of the energy and mines ministry (Minem).

These involve various projects with capex of more than US$70mn at various stages of progress, ranging from the pre-feasibility studies for those on which construction is expected to kick off in 2024-25 and feasibility or detailed engineering studies for initiatives where building works are forecast to begin 2022-23.

In 2022, construction is expected to begin on seven projects that entail total investments of US$4.42bn, although five of them were originally forecast to have started this year, according to the previous version of the Minem portfolio.

Detailed engineering studies are ready for Yanacocha Sulfuros, a project in Cajamarca region being developed by US-based Newmont with an investment of US$2.25bn. Construction was previously planned to begin this December.

However, the company reported that it would push back the start of works while it was monitoring the evolution of the pandemic. It has reported that it will invest US$500mn in 2022 to advance various parts of the project.

Carlos Gálvez (in the photo), former president of mining-energy trade group SNMPE, told BNamericas that Newmont wants to pause the gold-copper development while it considers risks to the sector from changes to mining policy under the new government of President Pedro Castillo.

However, he said that Yanacocha Sulfuros should still move forward in the coming years since the company's gold reserves have been declining significantly.

Yanacocha's gold production reached 193,927oz in January-September this year, down 28.1% year-on-year, being displaced as the country's top gold producer.

Corani, a silver project in Puno region owned by Canadian firm Bear Creek, also has detailed engineering studies ready and is supported by surrounding communities, but it is taking time to raise the US$579mn financing required for development.

The company stated that bank BNP Paribas is advising it on financing the project.

Meanwhile, progress on the Chalcobamba phase I project, a Las Bambas copper development that requires an investment of US$130mn, will depend on agreement with the Huancuire community in the project's area of direct influence in Apurímac region.

The problem with Las Bambas is the constant climate of social conflict that has hindered normal transportation of concentrates to Matarani port, despite the company's best efforts to resolve the difficulties this year.

At Buenaventura's US$422mn San Gabriel gold project in Moquegua region, the prior consultation process is progressing despite various delays.

Gálvez thinks it is quite likely that the works on the project could begin in the second half of 2022.

Another development pushed back from this year is the Immaculada Optimization gold-silver project owned by Minera Ares, which will require investments of US$136mn, according to Minem records.

However, Ares' parent company Hochschild Mining (HM) has outlined a bigger investment at Inmaculada to extend the mine life by another 20 years.

An HM executive told BNamericas that in July it submitted a request to the national environmental certification service for sustainable investments (Senace) to modify the environmental impact study for the expansion of Inmaculada.

Investments of US$1.30bn are outlined for the construction phase of the project, with another US$3.12bn planned for the operating stage.

The Río Seco copper cathode production plant in Huaral province, just north of Lima, is a project being developed by Buenaventura unit Procesadora Industrial Río Seco. The initiative will require an investment of US$410mn.

Gálvez also expects the investments to be made in for this project during the second half of 2022.

Magistral, a copper project in Ancash region owned by Nexa, will require investments of US$490mn. Construction of the infrastructure is expected to begin next year, according to Minem's schedule.

In a recent conference, a Nexa executive pointed out that the Brazilian holding company's policy is to avoid building two mines at the same time, so it hopes to complete the construction of a mine in Brazil before proceeding to do the same with Magistral.

The only mining project currently scheduled to begin construction in 2023 is Zafranal, owned by Teck and Mitsubishi. A feasibility study has already been completed for the copper mine in Arequipa.

Minem's portfolio also shows that two copper projects in the Apurímac region should begin construction in 2024, now that pre-feasibility studies have been completed.

The first of these is the Trapiche copper mine, owned by El Molle Verde, another unit of Buenaventura, which will require investments of US$973mn.

Meanwhile, Los Chancas, which is owned by Southern Copper, which is in turn controlled by Grupo México, is a copper mine that involves investments of US$2.6bn.

The only big project currently outlined in Minem's portfolio on which construction should begin in 2025 is the copper-silver-gold development Michiquillay in Cajamarca region. This is also owned by Southern Copper and it will require estimated investments of US$2.5bn.

With respect to the two Southern Copper projects, Gálvez believes that it is advisable for the government to first support the development of the halted Tía María project, because that copper project, located in the Tambo valley of Arequipa region, already has all of the necessary studies and permits in place, as well as the US$1.4bn financing it requires.

MINEM reveals that Áncash maintained the first position in copper, zinc and silver production at the national level.

The industry contracted last year as a result of blockades and other interruptions to operations, but the start-up of Quellaveco could mean good ne...

Want to read more information about Spotlight: The 11 Peruvian mine projects set to begin construction in 2022-25?