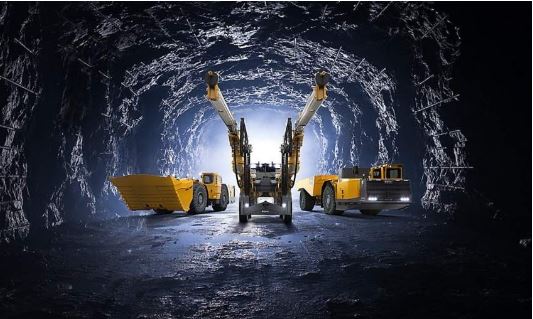 Electromobility and the use of synthetic fuels in the reconversion of mining equipment represent potential business opportunities in Chile’s energy transition, according to a study.

Chile’s national mining policy set a goal of reducing emissions from large-scale mining by 50%, implementing carbon-neutral fleets, and ensuring that 90% of electricity contracts come from renewable sources, all by 2030.

The sector consumes 33% of the country’s electricity and almost 20% of the diesel, according to the study produced by consulting firm Phibrand together with the center for mining pilot technologies and Santa María Technical University.

By 2029, electricity consumption is expected to increase 41.2%, the study projects, due to older and deeper deposits, lower grades and greater rock hardness.

Of the three categories of greenhouse gases (scopes 1, 2 and 3), the business niches would be mainly in controlling scope 1 and 3 emissions, since an important part of scope 2 is being addressed with power purchase agreements (PPAs), the study states.

"The reduction of emissions will not occur if we do not coordinate efforts. The first thing is to establish a roadmap that allows us to prioritize over the coming years the transformation first in the mining industry," said mining undersecretary Willy Kracht at the launch of the study.

The study, entitled ‘Business opportunities for the energy transition in Chilean mining’ aims to contribute to drawing up the roadmap and raise awareness of the need to increase the supply of solutions to achieve decarbonization. The main business niches identified in the short and medium term as a result of the energy transition are:

• Conversion of medium-sized equipment to electricity (less than 700HP), such as bulldozers, excavators, backhoes and motor graders.

• Reconversion of medium-sized equipment to synthetic fuels (over 700HP), such as bulldozers and wheeldozers.

• Maintenance and repair of small and medium-sized equipment, identified above.

The buying power and interest already exist, the study states. “But these businesses must materialize today, in the early stage of the energy transition, rapidly increasing the move to the reconversion to electromobility and synthetic fuel. If entrepreneurs don't take the step now, they won't be able to compete in the market in the future,” said Cristian Mansilla, general manager of Phibrand, at the launch.

For these markets to be competitive, more commercial supply is required, along with the standardization of storage and distribution infrastructures, and new regulations to promote decarbonization, according to the study.

Chile’s state copper commission Cochilco projects that demand for electric power for copper mining will increase until 2028, falling slightly from then on. An additional 1,154MW of power generation capacity will be required by 2032, the study says.

Green hydrogen (H2V) is a potential alternative for the sector, especially in cases that are difficult to electrify, such as high-tonnage mining trucks, mobile equipment for underground mining, and backup power generation. The H2V market could grow 15% annually by 2025, making it an interesting business opportunity, the study states.

But like other solutions, H2V is not yet competitive, it says. A hydrogen truck costs about six times what a diesel truck costs and four times what an electric truck costs. In addition to this, there are costs associated with the infrastructure and equipment.

Cristián Mosella, executive director of technology company Energy Lab, told BNamericas that in addition to electromobility solutions like green hydrogen, or dual systems for the generation of e-fuels, it is important not to forget all the complementary services to calibrate components such as power and frequency rotation, so as to ensure the stability of the power grid.

More and more investors and clients are interested in products with a low carbon footprint. Initiatives such as the Copper Mark, or IRMA in the case of lithium producers, aim to ensure sustainable mining.

Obtaining environmental permits is one of the main challenges for mining companies and Chile's environmental assessment service (SEA) is the key to...