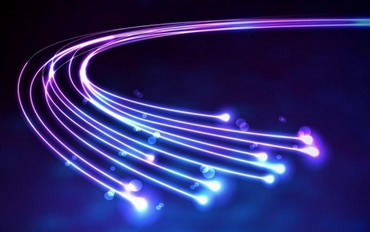 Brazil’s TIM has signed a contract to use the network of V.tal, the neutral fiber optics company created by rival Oi with funds managed by BTG Pactual and GlobeNet, to expand its fiber-to-the-home (FTTH) footprint.

In addition to this contract with TIM, V.tal also closed funding of 2.5bn reais (US$470mn) to support its own operations. This investment was made through a capital increase underwritten by BTG with funds from the Canada Pension Plan Investment Board (CPPIB).

The funds from the capital increase will be used by V.tal to deploy fiber in new sites and for "selected acquisitions", as well as the development of new business lines related mainly to digital infrastructure, V.tal's partner Oi said in a statement.

As a result of the V.tal capital increase, Oi's interest in V.tal's voting and total share capital will be approximately 34.12%.

As for the contract with TIM, no specific terms or values were disclosed.

TIM said that the partnership also considers the use of V.tal's infrastructure to connect 2,500 TIM 5G sites (antennas) in different cities with fiber initially.

As of September, TIM's 5G network was present in 109 municipalities, according to data from regulator Anatel.

Although it leads 5G coverage, TIM is the national telco with the smallest FTTH network deployed, with around 700,000 customers in 31 cities, for a 1.7% market share of the fixed broadband market.

With the announcement, TIM is also diversifying its own fiber infrastructure strategy both financially and operationally.

This is because the operator is already co-owner of neutral fiber network I-Systems, in a JV with the tower company IHS, with the same objective of supporting the expansion of its FTTH network.

V.tal has 430,000km of terrestrial fiber deployed nationally, inherited from Oi, connecting more than 2,380 municipalities in Brazil. It also has 26,000km of submarine cables, belonging to GlobeNet, which connect Brazil to Argentina, Chile, Venezuela, Colombia, Bermuda and the US.

V.tal also claims to have edge datacenters distributed in Brazil and Colombia, mainly through Globenet.

V.tal's network currently comprises 18mn homes passed, and is expanding that at a rate of 500,000 homes passed with fiber per month, with a goal of reaching 34mn by 2025.

I-Systems has been expanding at a rate of 120,000 homes passed per month.