Who is dominating Guatemala's banking market? 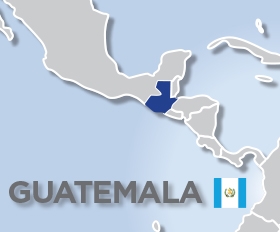 The Guatemalan banking market is highly concentrated, with five banks enjoying a dominant position, according to Fitch.

The five biggest lenders accounted for around 80% of total loans in the banking sector at the end of March, the rating agency said in a report.

Banco Industrial and Banrural are the biggest players, with 27% and 22% of loans, respectively, at end-March. The top five banks also accounted for 81% of all deposits.

Fitch does not expect the shape of the banking market in Guatemala to change in the near term as the top banks benefit from strong business franchises and customer bases.

The largest banks have a significant exposure to the country's sovereign risk because of major investments in government bonds. This is the result of the country's small capital market with few investment options and is set to continue, Fitch said.

Banco Industrial, GT&C and BAM are also exposed to the risk of high loan portfolio concentration that is due to Guatemala's small corporate sector which is dominated by conglomerates and family-owned business groups, Fitch added.

The biggest banks get most of their funding from client deposits which are stable and sufficient to fund their lending operations, the agency said.

Lending has grown, and is set to continue to grow, at a faster pace than the economy and competition is particularly fierce in the corporate loan segment, according to Fitch.

The funds will finance infrastructure and buy equipment to serve 35 facilities that public university Universidad de San Carlos operates throughout...

WorldRemit turns to digital to stand out in LatAm remittances market

Want to read more information about Who is dominating Guatemala's banking market??