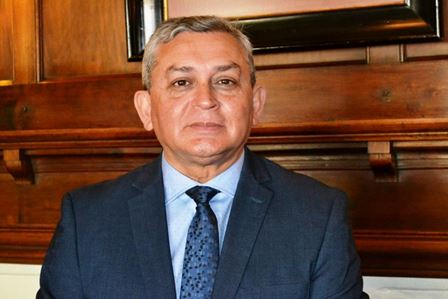 By Patricio Cartagena D., Secretary General of the Mining Chamber of Chile

Chilean mining has received good news for the very near future. A recent report by [copper commission] Cochilco, entitled “Demand for copper due to the energy transition,” shows that copper demand will be driven by four key and interconnected sectors of the energy transition: electromobility, low-emission energies, energy storage and electrical networks necessary to support the system.

It added, "this means copper demand due to the energy transition would go from representing 5% of total refined production in 2020 to 10% of total expected refined production by 2030, then triple to 15% in 2040. Considering the potential scenario in which by 2040 all car sales are electric, we would add 4.1Mt, reaching a total net demand of 9.6Mt, equivalent to 27% of expected refined copper production of that year."

This is good news for national mining and for the country. However, in order to satisfy this increase in the use of the red metal, it is also necessary to increase production, so it also becomes a challenge that must be taken advantage of and accelerated.

We generally talk about productivity, political, social and legal stability, which are still present and are of great importance in the development of the activity and in attracting new investors. But given this announced scenario, the industry's own challenges are added.

To increase copper production, the country needs to carry out more exploration, which in times like the ones we are experiencing does not increase, so the chances of finding new deposits are scarce. Today what is sought, geologically speaking, is in the vicinity of the deposits that are operating, that is, brownfield.

While any new vein is important for development, we don't know if, under current conditions, aging ore bodies and low grades will allow us to meet that demand.

Hence, it is imperative that the industry find a way to increase the production of copper that is going to be required; that it invest in exploration and that the country provide confidence and stability for new investments, which would help us maintain the leadership that we have held for decades and capture the benefits of the energy transition.

The content is the sole responsibility of the author and does not necessarily reflect the opinion of BNamericas. We invite those interested in participating as a guest columnist to submit an article for possible inclusion. For this, contact the editor at mining@bnamericas.com.

The terms of the Agnico - Pan American Arrangement Agreement remain the same as previously announced by the Company on November 4, 2022 (the “Agnic...

The share and cash offer made by Pan American Silver and Agnico Eagle for Yamana is 15% higher than the all-stock offer made by South African firm ...

Want to read more information about The Chilean Mining Chamber's view on the energy transition and new challenges?