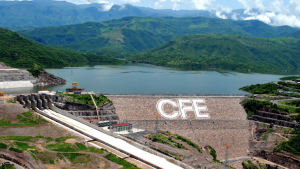 Chief concerns among energy experts and business groups are the expropriation of existing projects and doubtless legal blowback, as well as the inability of state power company CFE to make needed investments in generation and expanding the grid.

“Taken as a whole, it is deeply destructive,” Pablo Zárate, managing director at FTI Consulting, told BNamericas. “It would effectively dismantle competition within the country’s electricity sector, because it eliminates the logic of prioritizing the lowest cost – economic dispatch – and using new clean energies.”

The reform, in fact, “puts in doubt the sustainable development of Mexico as a whole,” said Zárate.

BNamericas broke down the proposal in greater detail.

Were it to pass, “It would also imply retroactive application of the law – i.e. cancellation of permits – with expropriation effects. That implies, one way or the other, violating international treaties and investment protection agreements,” according to Zárate.

Mexico’s financial executives institute (IMEF) concurred in a statement Monday, “The risk of national and international legal actions against the Mexican state would increase, especially due to the possible violation of the spirit of the USMCA [trade agreement] regarding non-discriminatory treatment, investments, indirect expropriations, as well as the sale and purchase by state companies and monopolies."

In addition, “It would send a strong signal to national and foreign investors about the vulnerability of our rule of law, which substantially increases the risk of investing in Mexico and profoundly limits the country's capacity for economic growth,” wrote the IMEF.

CCE, Mexico’s largest private sector business association, in a letter to legislators sounded a similar warning: “These retroactive effects, which ignore the rule of law, would consummate a de facto expropriation of tens of billions of dollars of competitive private investment in the country."

This, it added, would put "the credibility of our country as a trade partner at serious risk and leave it exposed to claims for compensation under various legal mechanisms, including international arbitrations.”

While concerns are high, AMLO introduced the package knowing that the constitutional amendments it includes face a low chance of successful passage through congress, with the president’s Morena party and allies lacking the two-thirds majority needed to approve the bill in the lower house.

But the president made it clear during his morning press conference on Monday that he would be making every effort to apply pressure on opposition lawmakers to yield to the reform, promising to expose dissenters.

For industry insiders, however, AMLO has already done much to damage private investment regardless of how the vote eventually goes, with investment on hold awaiting a supreme court decision on a lighter version of the reforms passed in March.

Private electricity sector investment, said Zárate, “is already paralyzed. The reality is that there are no new permits or auctions,” pointing to the cancellation of Mexico’s fourth long-term power auction in 2019 and sustained inaction in the permitting process at energy regulator CRE.

“This initiative raises the costs of electricity and limits citizens' freedoms, damages the environment by betting on fossil fuels, and discourages investments by retroactively canceling private generation permits,” Mexican think tank IMCO said in a statement.

“All this to the detriment of the rule of law and the competitiveness of the sector and the country.”

But beyond this, “CFE itself will incur additional costs for the construction, operation and maintenance of power plants,” should it be left to handle future growth without private players willing to invest, according to IMCO.

On this last point, AMLO seemed to indicate that the private sector was still allowed to participate in national generation as long as CFE maintains a 54% minimum market share.

The question for many critics, however, is whether any private investor would seek to launch a new project, as under the reforms, private generation is given by default lower priority dispatch, even when its output is cheaper.

This in addition to the minimal faith investors have in the current administration in supporting private projects, potentially made worse with the proposal’s removal of regulatory recourse with the possible elimination of agencies like the CRE, grid operator Cenace, and even hydrocarbons regulator CNH.

CCE expressed little confidence that CFE is up to this task of taking the reins.

“CFE has yet to develop generation plants using low-cost renewable energy. Therefore, it has not contributed and will not contribute to reducing generation costs or polluting emissions,” wrote CCE. “Nor has the federal electricity commission [CFE] been able to substantially expand or modernize the electricity grid.

“This has caused blackouts in both energy security and the national economy, and none of their announced plans can solve these deficiencies,” it said.

The group went on to add that the initiative does nothing to remedy these deficiencies at CFE, adding the proposed changes will make investment in the transmission network even more difficult by concentrating CFE's resources on generation, instead of the grid.

Ultimately, said IMEF, with private sector investment pushed out, “Greater pressure would be exerted on national public finances, which would increase their vulnerability.”

IMCO added competition will suffer with the initiative’s proposed elimination of CFE’s subsidiaries – those like CFEnergia and CFE International, first created in the 2013-14 energy reforms to reduce market concentration and bring CFE in line with modern business structures.

“By integrating vertically and horizontally,” wrote IMCO, “CFE reconstitutes itself as the only actor that can buy (monopsony) and supply (monopoly) energy, which eliminates the possibilities of competition in the generation market.

“Thus, it acquires a discriminatory power towards private parties in electricity transmission and distribution activities and reduces the options for consumers,” it added.

“This initiative obliges all Mexicans to purchase energy from CFE, no matter how dirty, expensive and inefficient it may be,” wrote CCE. “As such, it would not only allow obsolete and polluting plants – that use diesel, fuel oil and coal – to increase their market share without having to compete in terms of costs or emissions, but it would inevitably increase polluting emissions, generation costs and the need for subsidies to keep rates constant.”

The bill actually proposes removing clean-energy licenses (CELs), a scheme by which the country would attempt to reach its UN sustainable development and clean energy transition goals via credits to generators of clean energy.

The previous legislation passed in March would loosen the guidelines on CELs to help CFE, whereas the new initiative would simply eliminate them.

“Getting rid of CELs eliminates the main incentive to expand installed renewable capacity in Mexico,” IMEF wrote. “CFE does not have clean installed capacity to increase the participation of renewable energies to the extent that the country requires it.

“Without them, it becomes unfeasible for Mexico to comply with its commitment in the matter of energy transition to generate 35% of its energy from clean sources by 2024 as reflected in the Paris Agreement.”