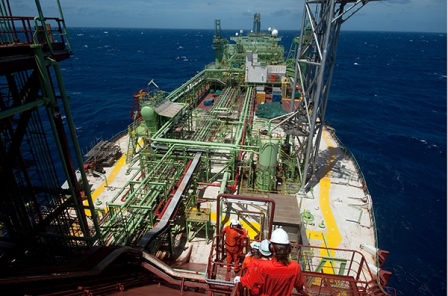 Most of the listed Brazilian oil companies posted net profits in the first quarter of 2022, while all of them raised their output in the period, according to a BNamericas survey

The result was positively impacted by a sizable increase in Ebitda, influenced by the company's operating result.

Headquartered in Bahia state, PetroRecôncavo posted a 401mn-real net profit in the first three months of the year, up from a 12.8mn-real loss in the same period of 2021.

As a consequence of the conclusion of the acquisition of the Miranga and Remanso hubs from Petrobras, PetroRecôncavo saw its output jump 68% and its revenues and Ebitda were up by 186% and 215%, respectively.

Eneva’s net profit was down 9% year-on-year to 185mn reais, due to fiscal issues and the acquisition of Focus Energia.

The company’s output, which basically consists of natural gas, was down 95% in 1Q22 because of the reduction in thermoelectric power demand. 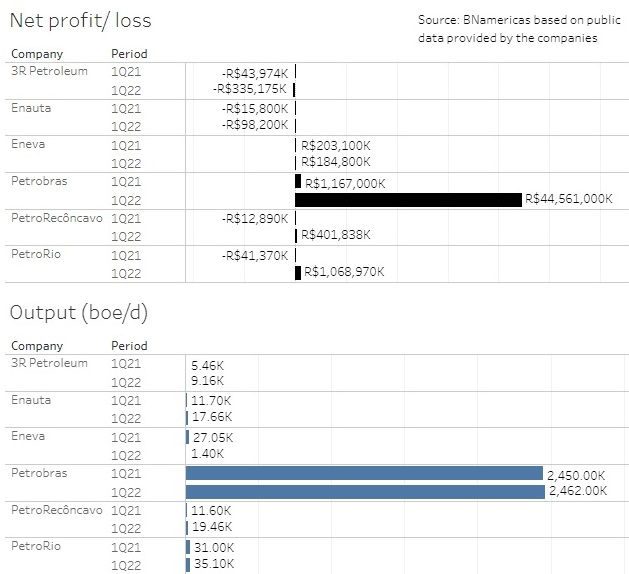 The company said the result was mostly justified by the negative mark-to-market effects of the Brent hedge derivative instruments and financial investments indexed to the dollar.

Enauta suffered a 100mn-real loss, increasing from the 15.8mn-real loss it reported in 1Q21, stemming from higher expenses in the quarter.

The company’s total output in the period was 17,661boe/d, up 51% year-on-year, mostly reflecting the increase of its stake in the Atlanta field.

The offshore-type terminal will be located near the access channel to the port of Itaguaí, in Sepetiba bay.

The campaign is subject to authorization from Brazil's environmental regulator.