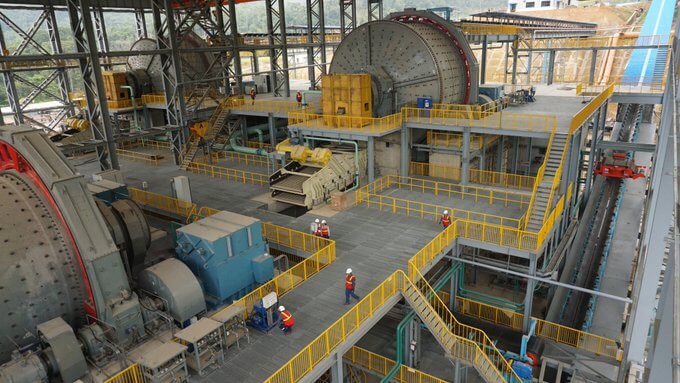 Despite being one of the first countries in Latin America to impose restrictions in order to prevent the spread of coronavirus, Ecuador is feeling the full brunt of COVID-19.

The country has 3,163 confirmed cases and 120 deaths as a result of the virus, but President Lenín Moreno admitted late Thursday that the numbers are probably much higher. Moreno had previously created a special task force to coordinate burials, amid reports of bodies not being retrieved from homes.

Meanwhile, about 80% of the country's production is paralyzed, according to the head of the federation of production chambers, Pablo Zambrano. The exceptions are the strategic oil and electricity sectors, while mines are operating at a minimum level and exports are suffering the effects of the disrupted global supply chain, Zambrano told BNamericas.

Ecuador has closed its borders and has a national curfew in force between 2pm and 5am, as well as shelter in place instructions for all residents except those involved in essential services. The rest of the workforce teleworks.

The country is also feeling the effects of plummeting prices for crude, its main export; a high fiscal deficit; the losses generated by the protests that paralyzed the country for 12 days last October, and a tightening of external financing conditions.

Its economy could contract 3.5% this year, according to Santiago Mosquera, director of the Business School at Universidad San Francisco de Quito.

"With a dollarized economy, Ecuador cannot cushion internal shocks via the exchange rate, nor is there fiscal space for packages to support the private sector and prevent the economy from suffering a strong contraction," Mosquera told BNamericas.

The central bank recently tapped its gold reserves to obtain US$300mn of liquidity.

But with no monetary or fiscal policy solutions available, experts believe wage cuts and job losses loom on the horizon.

“Companies are going to go bankrupt. There is going to be a tremendous depression, and it's going to be more challenging than the one we had 20 years ago unless the government does something,” said local economist Walter Spurrier.

In 2000, after an unprecedented banking crisis, Ecuador pegged its economy to the dollar, which became the national currency, replacing the sucre.

Meanwhile, Ecuador’s mining industry, which started large-scale projects in 2019, could become a future bright spot, especially with gold projects. “Ecuador has greater mining potential than Peru, although it does not seem very convinced that it can be a great source of income. The country must give guarantees to investors to take advantage of the full potential. It is a contradiction not to allow the development of the sector,” said Spurrier.

The analyst expects the government to open the mining cadastre and approve pending environmental plans. "There will be those who find opportunities in the new cadastre," said Spurrier.

For the oil sector, things are different. State-owned Petroamazonas produces around 80% of the country's available crude and will face severe budgetary restrictions due to both the economic crisis and the collapse in prices.

“In general terms, we will see lower liquidity levels in Petroamazonas to pay its suppliers and an accumulation of debt that will affect service providers. I see the oil sector in a difficult place at a time when the government was trying to increase production," said Mosquera.

Another hard-hit sector is financial services, with banks' portfolios likely to deteriorate with an expected rise in delinquent loans as a result of the pandemic.

The government has announced a US$120 check (US$60 in April and US$60 in May) for the poorest households, as well as the deferral of payment of certain taxes. The productive sectors await measures that will benefit large companies.

It is not clear whether Ecuador can afford to offer a stimulus to the private sector, and some observers believe it has no choice but to renegotiate its debt with bondholders and the IMF, which agreed to loan the country US$4.2bn last year.

Ecuador: Solaris Resources Reports 108m of 1.20% CuEq From Near Surface

At Cuyes West, the current drilling has confirmed the strike length of the structure is in excess of 300 metres, and it has been mapped at surface ...