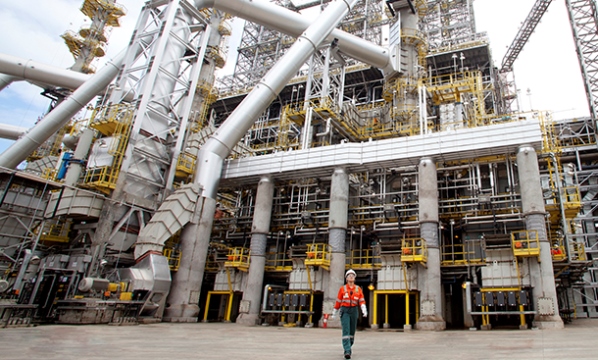 Brazil's Petrobras has moved forward with the divestment of its refineries, as it concluded the sale of shale industrialization unit SIX to Canada’s Forbes & Manhattan (F&M) for US$41.6mn.

The fate of several other planned refinery sales is now uncertain due to the recent victory in the presidential runoff vote by the leftist Luiz Inácio Lula da Silva, who has already served two terms as president (2003-10).

Located in São Mateus do Sul, Paraná state, SIX is among the eight refineries that Petrobras has put up for sale and only the second to have its divestment process concluded.

The first was Landulpho Alves (RLAM), in Bahia, which was bought by Mubadala for US$1.65bn and is now operated by the Abu Dhabi-based group’s local subsidiary Acelen under the Mataripe name.

Lula’s idea is to create regional benchmarks that consider local prices and the cost of imports. Such a plan could reduce the appetite of private players that are used to market prices.

During President Jair Bolsonaro's administration – which maintained the PPI mechanism –, Petrobras often opted to freeze fuel prices due to political pressure. The NOC justified the freezes by saying it wanted to avoid passing on the cost of international market volatility to consumers.

Since the beginning of Bolsonaro’s term in 2019, Petrobras has had four CEOs, with resignations directly linked to fuel price hikes that the president did not support.

In the case no contracts are signed soon for the remaining refineries, their sales processes are likely to be suspended by the new administration, which aims to use Petrobras as an instrument for economic development. Lula will take office on January 1.

“There's been no discussion about what has already been sold, but what should be done going forward. There will be no generalized re-purchase policy,” a source with knowledge of the matter, speaking on the condition of anonymity, told BNamericas.

The same logic goes for the NOC’s stake in petrochemical group Braskem and the midstream divestments, according to the source.

The company is currently in the process of selling Transportadora Brasileira Gasoduto Bolívia-Brasil (TBG), which operates the Bolivia-Brazil gas pipeline (Gasbol).

“The idea is to stop divestments in Petrobras' refining and natural gas area,” the source said.

During his speech in Egypt, Lula, who will take office in January, said he will seek financing mechanisms to support sustainable development in Bra...

BNamericas analyzes financial and operational data of the four largest traditional Brazilian banks and provides an overview of their digital transf...

IDC Brasil points out that 70% of Brazilian IT companies trust that elections will bring positive or neutral impact...