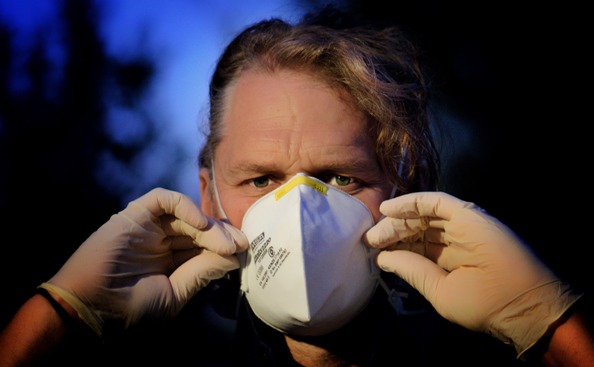 Although the number of people infected by coronavirus or Covid-19 in Latin America remains low compared to other regions, the negative economic impacts can already be felt.

In recent weeks, the prices of assets such as stocks and bonds have fallen while currencies in the region have depreciated sharply, as it has become clear that the virus is spreading rapidly from its origin in China, with several cases now reported in Latin America, in Brazil, Mexico, Chile and the Dominican Republic. Other countries are on high alert, particularly Argentina, which has strong links to Italy, where there have been over 1,700 cases.

Now, the negative impacts on the capital markets are being reflected in Latin America's economic activity.

Growth forecasts for major economies in Latin America have been revised downward, except for Chile, due to specific reasons.

The only country in the region that has not suffered a downward revision of forecast GDP growth is Chile, where the projected economic expansion of 1.5% for 2020 has been maintained.

“The exception is Chile, where growth has been recovering more quickly from last year’s protest-related disruptions than we had anticipated. In other circumstances, this would have warranted an upwards revision to our growth forecast,” said Capital Economics.

In addition, the Goldman Sachs’ team of analysts also cut its outlook for economic performance across Latin America this year, citing the impacts of coronavirus.

“Given the expected significant hit to global growth under the baseline scenario, and a growing a number of confirmed Covid-19 viral infections across LatAm, we expect manufacturing and services, trade and tourism to be negatively affected and the terms of trade to deteriorate alongside lower commodity prices,” said Alberto Ramos, an economist at Goldman Sachs, head of Latin America region, who cut his forecast for the region's growth to 1.1% this year from the previous 1.6%.

Latin America is also impacted by the downward revision to growth expectations for the global economy, as the spread of coronavirus is already affecting real economic activity in major countries in Asia, Europe and even in the US.

The OECD  this week cut its outlook for global economic growth to 2.4% from the 2.9% projected previously.

The main factor behind the reduction is the downward view regarding China, which the OECD now projects to grow 4.9% this year, down from the previous 5.7%.

China's performance has a direct and rapid impact on the economies of most countries in Latin America due to the Asian titan's high demand for commodities produced in the region.

THE RESPONSE OF LOCAL GOVERNMENTS

As part of the measures to mitigate the negative impacts of coronavirus, monetary authorities in the region are likely to implement more reductions to interest rates in the coming months, particularly mainly after the US Federal Reserve held an urgent meeting on Tuesday in which it cut its benchmark interest rate by a half percentage point to a range of 1.00%-1.25% to counter the threat to the economy from the coronavirus epidemic.

This was the first emergency Fed rate meeting since October 2008, when a similar step was taken to contain the effects of the subprime crisis.

The central banks of Brazil, Mexico and Colombia are likely to cut their respective base rates at least once more in the months to come, according to the Capital Economics team.

Goldman Sachs projects similar moves, predicting that the Selic base rate in Brazil will be cut to 3.75% by the end of this year from the current 4.25%, and Mexico will reduce its benchmark rate to 5.75% until the end of 2020.

Under analysis in the national congress, the proposal set rules for the reduction of Greenhouse gas emissions.

Want to read more information about LatAm prepares for economic impacts of coronavirus?