What now for the Dominga iron ore-copper project in Chile? 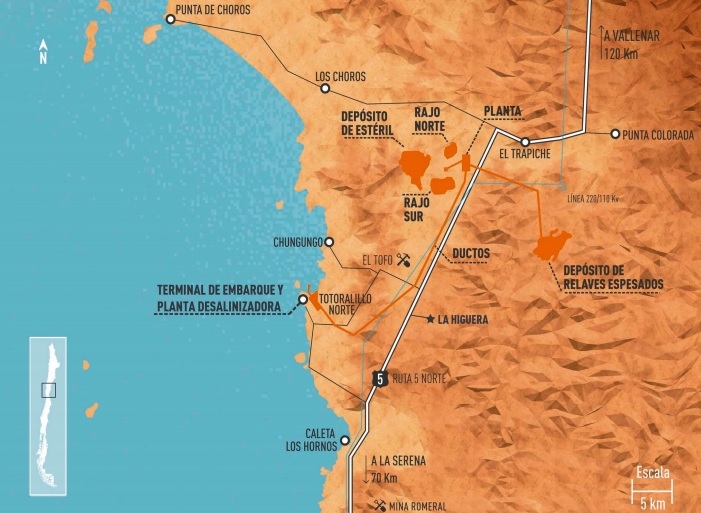 The environmental evaluation commission of Chile’s Coquimbo region has approved the US$2.5bn Dominga copper-iron ore project, paving the way for construction to begin, although it still requires permission from the supreme court before works can begin.

On Wednesday, eleven of the 12 members of the commission gave the green light to the project but with conditions, although these have not been made public.

In 2017, the same commission rejected the project, stating that it suffered from technical deficiencies, but it overruled that decision this week, deciding to reevaluate the project after the Antofagasta environmental court accepted a complaint filed by Dominga owner Andes Iron against environmental agency SMA in April, thus sending the development back for another vote by the commission.

Various demonstrations have taken place outside regional government offices since the project was approved, highlighting the alleged environmental damage it will cause and claiming that the permitting process was flawed. It was these reasons that resulted in the project being halted in 2017 by a committee of ministers, before it was eventually sent it back to the Antofagasta environmental court for a final decision in 2019.

Despite the approval from the Coquimbo environmental commission, there are five appeals before the supreme court still pending a decision, although it is still not known when that could take place.

“If we lose those, there will be complaints made to the committee of ministers, the environmental court and the supreme court again,” Ezio Costa, lawyer and executive director of the NGO Fima Chile, said via social media.

Likewise, Matías Asun, director of Greenpeace in Chile, said on social media that just days after the UN issued its most pessimistic climate report in history, the commission's decision “was a very clear sign of capitulation to the business sector,” describing the approval as “scandalous.”

Francisco Villalón, manager of corporate affairs at Andes Iron, said in an interview broadcast by CNN Chile that the project has public support and that the company will make every effort to protect the environment by creating "a scientific research center for monitoring, studying and to deliver information to anticipate and prevent any type of risk or problem.”

Later, the company said in a release that Dominga will use 100% desalinated water and will share the water produced with surrounding communities. The miner will also consider building a 200MW solar power plant to supply the project's energy needs.

Diego Hernández, president of Chile’s mining association Sonami, said that it is still not certain that Dominga will be able to begin construction.

“Its opponents will certainly keep trying to stop it from going ahead,” he said in a release.

The project includes two open pit mines that would produce 12Mt/y of iron ore and 150,000t/y of copper in concentrates. The original project was also designed to include construction of a port in Totoralillo to receive 56 ships a year, but in 2020 Andes Iron said it would change the port plans to obtain the environmental nod if Compañía Minera del Pacífico, a subsidiary of Chilean iron and steel producer CAP, was able to build its Cruz Grande port.

The construction phase of Dominga would generate some 10,000 jobs and once in operation the mine would employ around 1,500 people.

Although Chinese and Chilean miners are seeking to increase cooperation, growth of 4.3%, as projected by the World Bank, might not be enough to sus...

Want to read more information about What now for the Dominga iron ore-copper project in Chile??