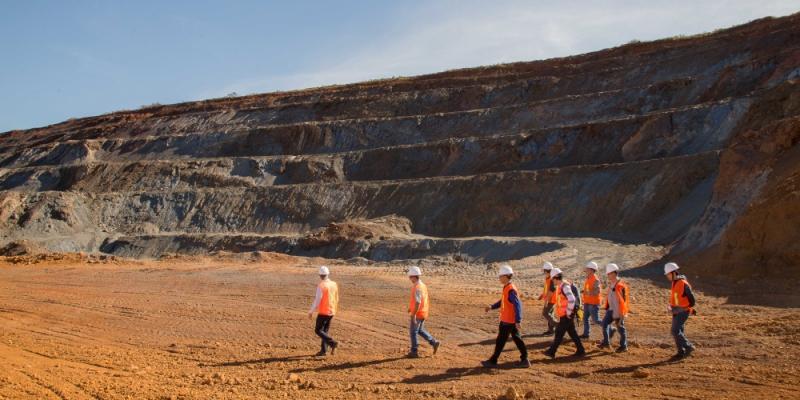 Major miners in Brazil are opposed to fast-tracking a bill to allow mining on indigenous lands, but their neutral stance on the government-sponsored legislation has come in for criticism.

“Big mining companies actually take a neutral stance on this issue, because there’s no recent reliable research, studies that show the mining potential that exists in indigenous reserves. Large companies are not sure whether the reputational risk involved in this issue is worth it," Eduardo Leão, a consultant and a former director of mining regulator ANM, told BNamericas.

Earlier this month, the lower house said that a bill presented by the government last year must be debated as an urgent matter. Once tagged as urgent, a bill does not have to go to special committees. The bill will still have to go to the senate, which has not yet given its consent to the fast-track mechanism.

The move came amid debate on Brazil's dependence on imported fertilizers, mainly from Russia, as there is a risk of shortages due to sanctions imposed on Moscow over the war in Ukraine. The government has been pushing to allow mining on indigenous lands, claiming the areas are rich in potassium chloride reserves used in the production of fertilizers.

"This government claim is not very realistic, as the large deposits of potassium are outside the indigenous reserves. In addition, the latest exploration, which was carried out in a very rustic way, in indigenous areas took place in the 1970s during the period of the military dictatorship, so there’s no technical basis to say that there are reserves of anything in these regions," added Leão, who is a previous government secretary in northern state Pará and also worked for mining giant Vale as an environmental analyst during the development of Carajás, the world’s largest iron ore mine that is located in Pará.

However, large mining companies, through industry association Ibram, have expressed opposition to the bill’s proposed urgency, saying the measure needs to be better debated with society and also to take into account the views of indigenous people.

"Ibram considers that [large-scale] industrial mining can be made possible in any part of the Brazilian territory, as long as it is conditioned to the geological survey requirements, economic feasibility studies, permits, environmental issues based on studies and other authorizations provided for by law, in order to preserve life and the environment, especially in the Amazon, avoiding deforestation," the trade group said in a statement.

However, environmentalists argue that Ibram must take a more forceful stance against the bill.

"The focus of the approval of mining on indigenous lands is not really and never was seeking self-sufficiency in fertilizer production. What is planned is to authorize gold mining, which is already done in the region through illegal activity. This has a very bad effect on large companies that operate legally in the country, because these informal groups are well structured and will not leave room for companies to enter the business, even with a law," Sergio Leitão, a lawyer and founder of sustainability-focused NGO Instituto Escolhas, told BNamericas.

“That's the reason why I believe that major companies should be against this bill more clearly. Formal companies may begin to lose ground to companies of criminal origin."

Leitão believes that even if it is approved in the chamber of deputies, the senate should veto the authorization of mining on indigenous lands, as pressure from global leaders against the proposal will mount if the bill advances in congress.

Want to read more information about Why major companies in Brazil are reluctant to back mining on indigenous lands?