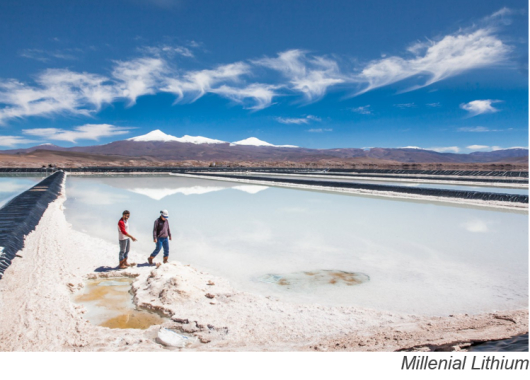 Argentina's energy and mines ministry expects investments in the lithium industry to grow to US$1.8bn next year and exports could reach US$2bn by 2022.

In Catamarca and Jujuy four key projects have been advancing during the last three months.

Tres Quebradas encompasses 28,900ha with a mine life of 35 years, contains 1.2Mt of lithium carbonate and projected capex is US$319mn. The nearest paved road is connected to the Chilean port of Caldera.

Owned by Lithium Americas and Ganfeng Lithium in a 50:50 joint venture, Caucharí-Olaroz, Jujuy province, has potential for 40,000t/y of lithium carbonate if updated development permits submitted in August get approved.

Mine life is set to be 40 years with updated capital costs of US$565mn. The project is already fully funded to production and its first lithium carbonate concentrate is targeted by early 2021.

It hosts 1.3Mt of lithium carbonate equivalent in the probable reserves category plus 187,000t of proven reserves.

Hosting 1.1Mt of lithium carbonate equivalent and 4.2Mt of potash equivalent reserves, Sal de Vida is becoming more important. Australian owner Galaxy Resources is studying how to install fewer ponds and shorten the evaporation cycle. This is to update tha capex and opex numbers from the 2018 feasibility study, which indicates a 40-year mine life with production of 25,000t/y lithium carbonate and 95,000t of potash.

Located in Catamarca province, Sal de Vida has the potential to generate US$354mn in annual revenues.

Located in the Altiplano-Puna region, Pastos Grandes is controlled by Millennial Lithium, which forecast 25,000t of lithium carbonate per year.

Last month, Argentina's ministry of work and production granted Millennial Lithium a fiscal stability certificate through which it reduced the corporate tax rate from 30% to 25% from January for the next 30 years.

Millennial hopes to receive the environmental impact assessment approval by the end of the year.

Brazil, Mexico, Chile have ‘most favorable conditions’ for M&As next year

An M&A expert told BNamericas that the social unrest in the region will not greatly impact M&A activity next year, although some countries will als...

Argentina's Mendoza province looks to open up to mining

Brazil to lead 2020 M&As as others grapple with uncertainty 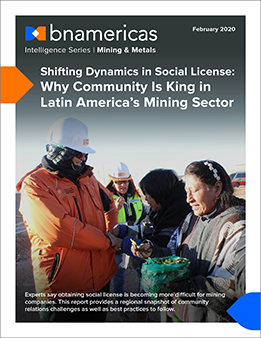 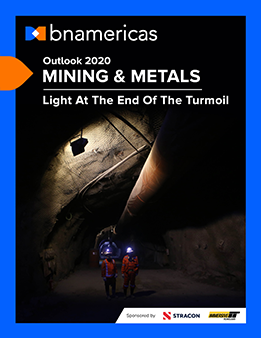 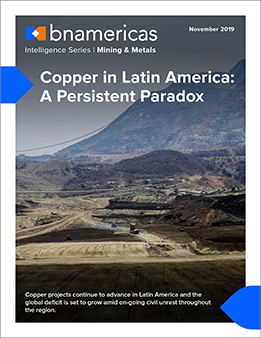 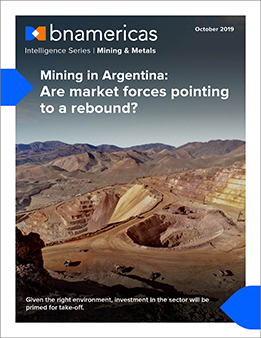 Mining in Argentina: Are market forces pointing to a rebound?
US$199
Total to pay:
Selected item:
Secure payment system.

What investments do Chilean power companies have lined up for 2020?