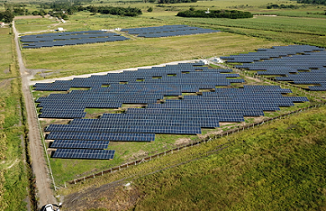 The latest telco to go solar is Claro Brasil, the second largest wireless carrier in the country and the main fixed broadband provider.

On Wednesday the carrier announced the launch of four distributed solar plants built by the local unit of Spain’s EDP.

Together, the plants will generate around 6,000MWh/y, equivalent to the energy consumed by around 2,520 homes, enabling Claro to reap important savings over the next 15 years, the company said.

In addition to economic gains, the plants will prevent the emission of 454t of carbon dioxide each year.

Investment figures were not disclosed, but the move is part of the A Energia da Claro (Claro’s energy) program launched in 2017. With the program, Claro aims to facilitate sustainable actions and power all local operations and installations with energy from renewable sources.

The company also said many of its facilities are in the final stage of implementation, while projects in other states are under construction.

In April, Oi started operations, in Minas Gerais state, of the first solar plants of 25 contracted for this year.

The plants were built by Solar Grid and have installed capacity of 123MWp, which represents the consumption of 170,000 middle class homes.

All energy produced will be injected into the local energy distribution network and used to reduce the energy consumption of around 20,000 Oi units, including buildings, stations, towers, stores and other company properties in the state.

The solar farm in Francisco Sá municipality is part of Oi's strategic plan to diversify its consumption matrix, according to the company.

The objective is to use renewable sources at a lower cost, complementing the acquisition of large energy volumes in the free market, where the company buys incentivized energy from small hydroelectric power plants, wind, biomass and others.

With all plants expected to be operating by the end of this year, Brazil’s largest wirelines carrier said it will become a reference for a renewable self-consumption company in distributed generation.

The share of clean energy in the operator's global consumption matrix will reach 60% by end-year, compared with 15.8% in 2018.

Meanwhile, telecom devices manufacturer Intelbras opened a facility in the city of São José, Santa Catarina state, featuring its own solar energy generation of around 1,739MWh.

According to Intelbras, the plant has 46,000m2 and 8,238m2 of installed filters and solar panels, turning it into the largest rooftop photovoltaic plant in the south of the country.

The panels could supply about 725 houses, each with average consumption of 200kWh per month, saving 923t of CO2, Intelbras said.

Intelbras manufactured all the photovoltaic equipment.

Deployment took 80 days and involved over 900 professionals in partnership with Setta Sul, a Santa Catarina-based integrator and reseller of energy innovations. 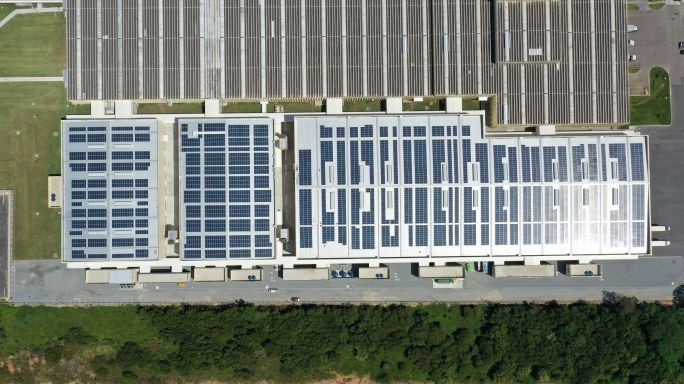 According to solar association Absolar, solar installed capacity reached 5,114GW in the first quarter, 14.4% more than in December 2019.