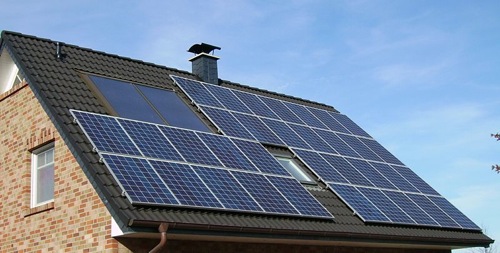 The country’s lower house approved on Wednesday the bill to establish a transition period for the collection of fees and tariffs for the use of the distribution system by micro- and mini-generators.

According to the bill, consumers that install a DG system before the publication of the law or request access to DG centers within 12 months after publication may maintain current compensations for injecting power, covering all tariff components until 2045.

“Many projects will be taken out of the drawer in this first year of the grace period. We’re averaging 280MW being connected per month, and we believe we’ll reach 350MW per month,” Evangelista said.

The bill defines micro-generators as those that generate up to 75kW from alternative sources such as photovoltaic, wind or biomass with their consumer units on rooftops, in vacant lots, condominiums, or farms.

To be eligible for the benefit, micro-generators will have to inject energy 120 days after receipt of the official favorable opinion, solar mini-generators have 12 months, and mini-generators from other sources 30 months.

“The text was quite satisfactory, meeting the demands of both the distributors and the companies that operate in the area, as well as the final consumers. There will hardly be any surprises in the senate or in the presidential approval because it’s consensual; only three lawmakers voted against it,” Evangelista said.

ABGD projects that up to 10GW of DG capacity could be added in the next two years assuming the bill becomes law. It still needs senate approval and the president’s signature.

To stimulate investments, ABGD will propose to the mines and energy ministry (MME) incentives for urban solid waste treatment plants, facilitating their connection to DG systems, and investing part of the resources from regulator Aneel’s tariff flag system in DG to reduce the use of hydroelectric and thermal plants.

"The approved bill kept the main recommendations of the sector and came at a good time for Brazilians, because self-generation of solar energy is an excellent investment for citizens, companies and rural producers, with an estimated payback of about four years on average."

He added: “The solar source also helps to alleviate the cost of electricity and protects consumers from tariff increases and especially the red [tariff] flags.”

"With the regulation of the clean energy sector and its consequent expansion, Brazil will reduce its dependence on water resources for power generation and will avoid the emergency use of polluting and more expensive sources, such as thermoelectric plants, responsible for the increase in tariffs with the activation of the red flag," he told BNamericas.

Inel expects the new framework will generate 1mn jobs in the next 30 years.

“The approval of the bill is an advance in this direction,” he told BNamericas. More is needed, however.

“By itself, it does not guarantee the changes that we need to make in the Brazilian electricity system. Topics such as tariff issues, tariff decoupling, power quality, and the free and open market also need to be put in this context,” Aguiar added.

“It is certainly an important milestone for the development of distributed generation in Brazil and will cause more foreign investors to allocate resources in the sector,” he told BNamericas.

The risk and regulatory VP of Focus Energia, Henrique Casotti, highlighted the maintenance of benefits for projects in operation and those under development, as well as a transition period.

“Regarding Focus, I believe it has brought additional security to the projects that are in operation and under construction and also to the pipeline over the next 18 months,” he told BNamericas.

"DG has and will have its space in the Brazilian energy matrix, but the main transformation of the sector, with more efficiency and benefit to the consumer, will come through the liberalization of the market, where the consumer has several offers of energy providers, each with its offer of value and service," he told BNamericas.

Paulo Arbex, president of small hydroelectric power plants association Abrapch, hailed the bill’s approval but cautioned that a longer grace period of 24 months is needed for the access of new DG undertakings based on non-solar sources.

“Small hydroelectric plants and biomass power projects, for example, take two or three years to be developed. We will continue trying to reach a consensus,” he told BNamericas.

Local distributors association Abradee said in a statement that the approval was an important step toward a sustainable future.

“Abradee's focus throughout this process was always on a balance in the definition of public policy and seeking to reduce as much as possible the impact on the final consumer, which was achieved with the approved text,” the association said.

The new regulatory framework should help end debate on the use of the distribution system by micro- and mini-generators.

In its first review of the resolution on the tariff compensation system, Aneel proposed distributed generators contribute to electricity transmission and distribution costs with 63% of the value of the power they inject. But ABGD said 10-15% is enough.

The proposal was rejected by the public and ridiculed as an attempt to “charge for sunlight” by President Jair Bolsonaro. Aneel postponed the review and is expected to consider the rules defined in the new bill in the next review.

“Any solar source generation causes systemic or collective benefits. Solar plants are one thing, solar roofs are another. The energy injected into the grid, the result of rare moments when the residence does not consume its own generation, is very small,” he told BNamericas.

“Therefore, any attempt to charge a cost that means a trip of several kilometers on the network is total nonsense and a move against the global trend,” he added.

Paulo Arbex, of hydroelectric association Abrapch, said the calculation of DG benefits and costs is still uncertain, but these calculations will determine how much DG will have to pay for the use of the distribution network.

Each source needs to share generation, transmission and distribution costs in line with use, he said.

“Our system is very unbalanced: a consumer who is in the south and buys energy from the north pays the same costs as one who produces its own energy or is next to a small hydroelectric plant.”

Ana Karina Souza, an energy partner at Machado Meyer Advogados law firm, emphasized that, if approved, the national energy policy council (CNPE) will have to clarify guidelines for the bill.

After that, Aneel should establish a tariff methodology for consumer units with micro- and mini-distributed generation within 18 months.

The regulatory framework includes the creation of a social renewable energy program to finance especially low-income consumers who want to invest in DG.

“The bill also provides for the possibility that these projects will benefit from Reidi, a special tax regime for infrastructure development,” Souza told BNamericas.

CBMM said the investment is in line with its plan to reach capacity of 40,000t of niobium oxide in 2030.