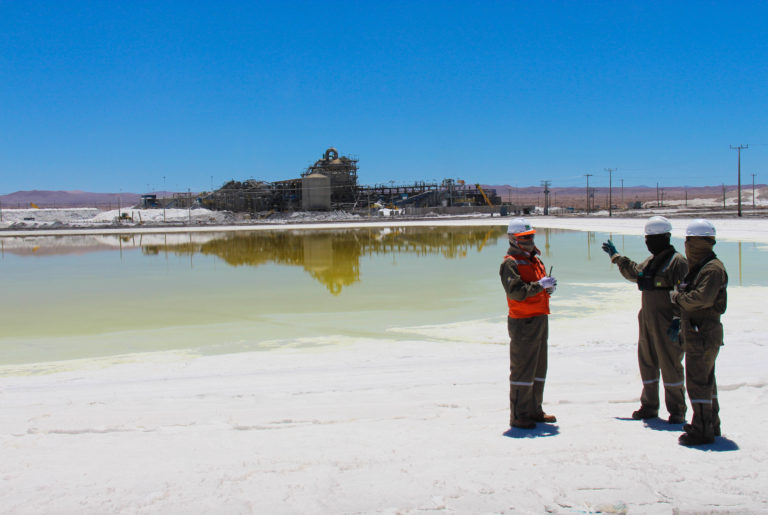 The largest project to be submitted this year, in value terms, was the US$3.2bn expansion of the Collahuasi copper mine in northern Tarapacá region operated by Doña Inés de Collahuasi, a JV of Anglo American, Glencore and a consortium of Japanese companies.

The project is designed to secure continuity of operations for 20 more years, expanding throughput from 170,000t/d to 210,000t/d, says the EIS. It also involves construction of a desalination plant and a water pumping and transport system, reducing the need for fresh water.

The second largest project to be submitted was the US$435mn Gabriela Mistral mine expansion of state copper producer Codelco.

The project, in northern Antofagasta region, involves increasing the extraction rate from the current 42.9Mt/y to 46Mt/y from 2020 to 2027, when the deposit will cease to be mined. Production will be maintained at 150,000t/y copper cathodes until 2028, according to the EIA.

The project envisions expanding the surface of the open pit from 287ha to 379ha and increasing its depth from 270m to 315m.
The amount of waste material will increase from 231Mm3 to 397Mm3.

The third largest project to be filed in the SEA is industrial minerals and fertilizer group SQM’s expansion of its Nueva Victoria iodine plant (pictured) in northern Tarapacá region.

The US$350mn Tente en el Aire project is aimed at incorporating new mining areas for the production of iodide, iodine and nitrate salts, which will require an increase in the processing of caliche.

The EIS states that the project involves adding 43,586ha to the mine site at an extraction rate of 28Mt/y of caliche, bringing the total to 65Mt/y. It also includes two new iodide production plants with capacity of 6,000t/y each, bringing the total to 23,000t/y, and a new 12,000t/y iodine plant for total output also of 23,000t/y.

The project also includes two new evaporation ponds to produce 1.95Mt/y of nitrate salts for a total of 4Mt/y.

The fourth largest project to be submitted is to drill the Las Tejas area of the Vizcachitas copper project in Putaendo, Valparaíso region.

The US$25mn project was submitted by Minera Vizcachitas, a subsidiary of Canadian company Los Andes Copper. It involves drilling from 2019 to 2023 to obtain information for a geological model.

The company plans 350 holes with an average depth of 750m using 73 new platforms and 51 existing ones.

“We’re working on the prefeasibility study and this drilling will help us better define this,” Los Andes Copper CEO Antony Amberg told BNamericas.

Amberg said a previous drilling program at Las Tejas, which was planned for 2015-17, was finally approved by the regional environment commission in April.

After being notified by environmental regulator SMA of alleged infringements, the company responded with a compliance plan for that campaign, which the SMA approved in December 2017.

The new drilling campaign, however, still faces opposition. The municipality of Putaendo filed a legal challenge last month arguing that the project would affect the water and soil resources of five communities in the Putaendo valley.

In June 2019, Los Andes Copper published the results of an updated PEA for Vizcachitas, which envisages a 110,000t/d operation for capex of US$1.8bn.

Fifth on the list is Dicave’s San Cayetano copper project. The US$20.6mn project involves a concentrator plant to treat 4,900t/m of sulfide mineral grading 2.2% copper for annual production of 3,050t of copper concentrates with an average grade of 25.5%.

Projects that the SEA approved during H1 include SQM’s US$450mn expansion in lithium capacity to 180,000t/y, Codelco’s US$360mn project to explore Ministro Hales, Minera Casale’s US$75mn one for exploration at the Norte Abierto sector of Caspiche, and Minera Centinela’s US$17mn operational continuity project.

BNamericas takes a look at the Chilean investments of Glencore, Capstone Copper and BHP.