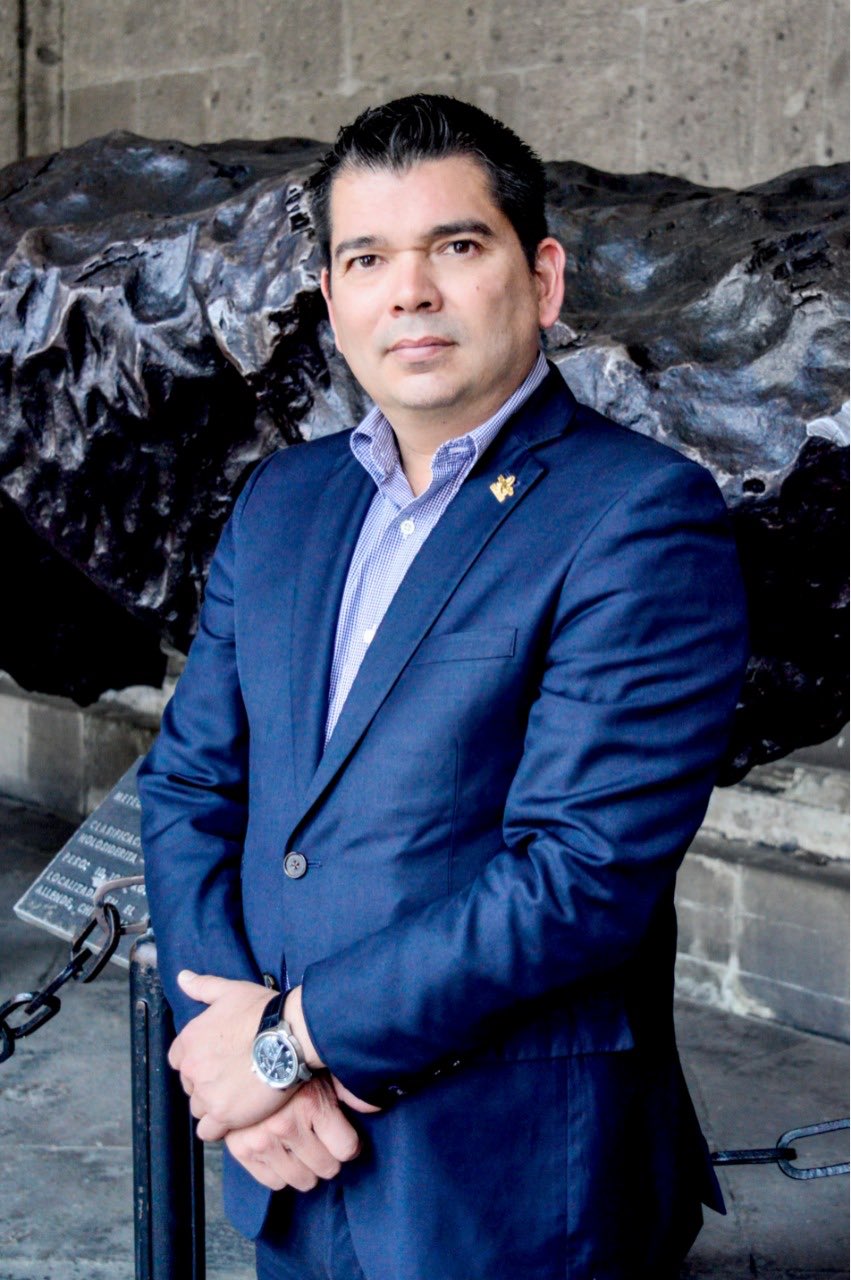 Mexico’s President Andrés Manuel López Obrador (AMLO) is undermining the integrity of the construction sector with some of his social programs, according to the head of one of the country’s most respected engineering associations.

The programs have awarded credits and funds directly to low-income communities to build roads and modernize schools without the supervision of a licensed expert.

But the most recently announced housing program, which would directly grant state workers credits to build their own home, has raised the most concern and criticism among the industry.

“The concept that anyone can construct something is being misinterpreted,” Alejandro Guevara Castellanos (in photo), president of civil engineers federation Femcic, told BNamericas.

Fighting informal construction is something “we have been doing for a very long time,” he said, adding that “If we’re talking about a house, a road or any other construction, then there is an obvious need for engineering, and engineering cannot be applied without the necessary studies.”

As part of his initial economic plan to offset the fallout from the coronavirus pandemic, AMLO announced on April 20 that his government was contemplating awarding housing credits to workers directly – to avoid bureaucratic obstacles, create employment and help beneficiaries save money.

"The beneficiary of the loan is going to hire [an expert construction worker] ... he or she will not have to repay the construction materials, and, at the same time, he or she will employ other people – bricklayers, electricians. If we release 400,000 credits this way, we will create 400,000 new jobs,” he said.

The president pointed out flaws in the previous housing program, arguing that it did not allocate the complete funds promptly and that, in some cases, it forced beneficiaries to acquire a home on the outskirts of a city where housing prices are cheaper.

Later, Mexican state-run mortgage lender Fovissste announced on April 25 the credit programs that it would release to incentivize the economy.

Among these is the Build Your Own Home program that involves lending state workers up to 1.13mn pesos (US$48,000) at annual interest of 4-6% and one year to finish the house.

“With this program, the borrower decides who will support him in the construction process of his house according to his interests, in addition to the fact that self-construction allows greater savings and efficiency in resources and their application,” Fovissste said in a statement.

While the Build Your Own Home program is not the government’s most important or biggest credit, AMLO has used it to reiterate that awarding funds to beneficiaries instead of construction companies is the best solution.

"Instead of handing over the funds to a construction company or a housing unit, [the funds] must be given directly to the workers so they can manage their money," the leftist president said during his morning press conference on May 6.

AMLO also blamed companies for building houses in “inhospitable places, places where there are no services, no transportation, only for the business of those who were dedicated to building the housing units.”

This is not the first time the president leaves the construction sector out of a project or program.

At the end of 2019, the government launched a 2.5bn-peso program in Oaxaca state to carry out paving works in 50 low-income municipalities. The program granted funds directly to members of the community who achieved reported progress on 410km of paved roads by the beginning of May, according to daily El Heraldo.

The government also kicked off an 8.8bn-peso construction program for schools in which funds are administered by parent committees.

ALSO READ: Why Mexico's construction sector is so disappointed with AMLO

Defending his programs, AMLO has said “it was justified or used as an excuse, as a pretext, that people did not have the technical knowledge and that they needed the advice of engineers, architects.

“It has already been demonstrated. Funds were handed over to [communities in Oaxaca] and they made good quality roads, at low cost. They also employed the rest of the community, without corruption,” he said at one of his press conferences.

While Femcic’s Guevara recognized that construction workers have the experience to complete certain projects such as paving works and houses, he said the technical aspect of construction cannot be overlooked.

“Unfortunately, certain people cannot generate a budget proposal or a cost-benefit analysis for a house … they will not be able to know what type of segmentation is required or the type of soil mechanics needed because everything involves engineering,” he said.

“The reality is that it will be hard for them to obtain a permit if it’s not backed by a blueprint, by an engineer, by an architect, by a director responsible for the project or by a specialized technician,” Guevara said.

Jalisco governor Enrique Alfaro said the line in the Mexican city will be fully functioning by 2024.