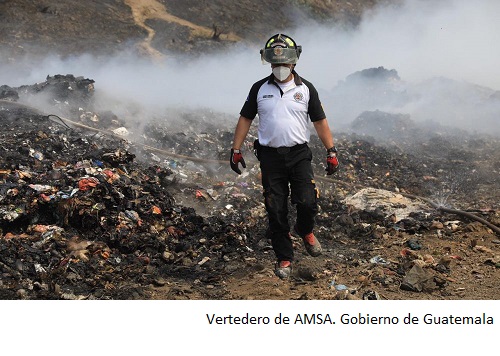 As Guatemala’s landfills are reaching their limits, solid waste solutions are more urgent than ever, but a lack of legislation is holding up investments, according to an expert.

“We have legal, normative deficiencies. There is no solid waste law and therefore there is no baseline for the regulations and how to manage solid waste,” environmental science consultant César Barrientos told BNamericas.

Current regulations exist on a municipal level or are related to health codes, creating a regulatory patchwork. Construction laws also differ in each municipality.

As a result, two major landfills are “semi-technical” because they lack standardized management and regulations, Barrientos said.

In November, fire broke out at the major Amsa landfill (pictured) and was still raging uncontrollably in February.

Amsa began operation in 1999 to help relieve the larger Zona 3 site of the capital. In 2007, the environmental ministry (Marn) ordered the facility's closure within five years. But the site remained open, and will not close anytime soon because of the fire, Amsa officials said.

“[Zona 3 and Amsa] together are not able to collect more than 65% of the solid waste generated in the metropolitan area. Therefore, we can say that about 1,000t remain uncollected every day,” Barrientos said.

Uncollected waste ends up in clandestine landfills, scattered in ravines or dumped at the side of roads or in rivers. While Amsa’s negative effects on the Amatitlan lake have been proven, the environmental ministry doesn’t have the ability to measure the level of pollution. 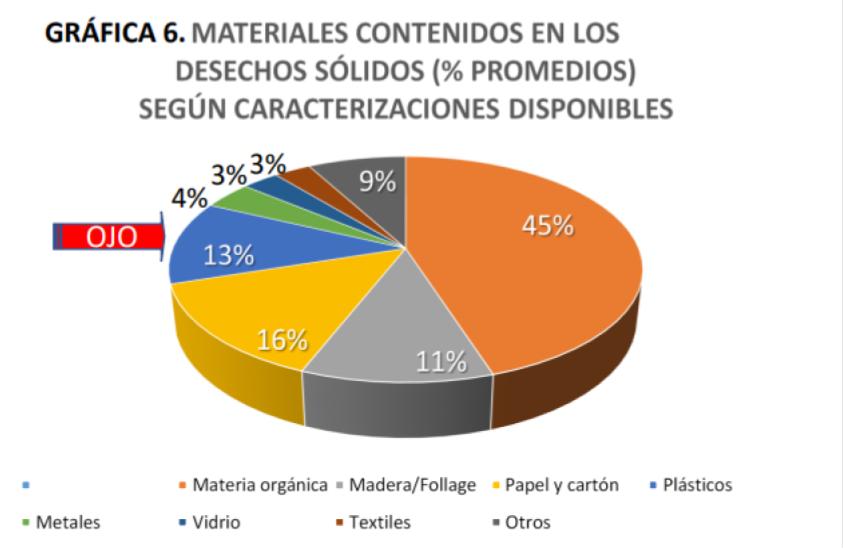 Another problem is that only households that pay will have their waste collected. Over 350 trucks arrive daily at Amsa with waste from 34 municipalities.

“The problem is that the municipalities don’t pay sufficient attention to the problem and there’s nobody that forces them, no one that controls them. It should be the ministries of environment and health but they don’t do anything either,” Barrientos said.

Barrientos has been involved in three attempts to pass solid waste laws as the government seems more interested in the issue than previous ones. However, congress still faces a battle over the newly elected constitutional court so legislation has stalled.

Without a national law, legislation depends on mayors but Barrientos said his decades-long efforts have not yielded much success.

BNamericas’ projects database contains a treatment plant at Las Vacas in the pre-feasibility studies stage. But financing was not secured and updates have not been provided since 2018.

Solutions such as separating biodegradable matter from source waste would allow to install composting or biodegradation processes, which would also lower the risks stemming from escaping methane.

More sophisticated solutions such as plasma stations were also considered but the lack of a legal framework has prevented any advancements.

Corruption is one possible explanation, according to Barrientos.

He said the Amsa fire could represent a turning point as it increased public awareness regarding waste management. And investment opportunities exist.

The city of Quetzaltenango is growing, meaning it will have to improve waste management. And Escuintla and Puerto San José are developing projects in anticipation of large infrastructure works including an expanded port and cargo airport.

“In the metropolitan area there are huge possibilities, of course, but you would have to convince the mayor of Guatemala City and the central government to secure a loan and international support,” Barrientos said.

The investment, an initiative under the so-called Alliance for Prosperity plan, will include public and private funds, as well as US$750mn in finan...

Is Mexico the world's second most violent country?

The situation is dire and has escalated recently to "a level akin to armed conflicts," says the International institute for Strategic Studies.

IN BRIEF: Guatemala to resume debate on draft water legislation