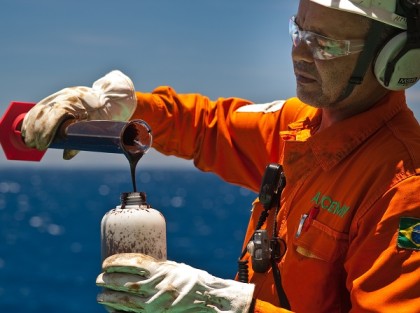 Petrobras announced this week the beginning of the processes to divest its stakes in the Papa-Terra field, in the offshore Campos basin, and the BM-PAMA-3 and BM-PAMA-8 offshore exploratory concessions in the Pará-Maranhão basin.

The divestments are part of the company's US$20-30bn asset sales for 2020-24, under a privatization program that started in 2015. The expectation is that the market will become more resilient and diverse after the divestments are concluded. An increase in oil and gas reserves is also likely since the companies acquiring those assets will invest to find new discoveries.

In addition to greater seismic and drilling activity, the reduction of the local supply chain's dependence on a single buyer is seen as one of the most positive side effects of the divestments. Specialists have argued that the Brazilian oil crisis that started in 2013 would not have been so acute for suppliers if more private sector companies were operating in the country, since Petrobras was at the epicenter of the Lava Jato corruption probe.

Some of the challenges facing the Brazilian market include developing the local supply chain after years of low orders and the need to have strong regulations. The country now has 150 operators, according to watchdog ANP, a number that is likely to increase in the coming years.

“The market is undergoing a transition as the monopolistic operator is leaving some areas. Brazil’s onshore production is very small compared to other countries in South America and this potential needs to be explored, for example. When those areas are operated by smaller firms there will be a noticeable improvement in exploration activities,” Santos added.

The sell-offs were speeded up after January 2019, when current CEO Roberto Castello Branco assumed the post after Jair Bolsonaro took over as Brazil's president. Just in the first four months of his time as chief executive, Petrobras sold over US$11bn in upstream, midstream and downstream assets.

The program is allowing other companies to enhance their Brazilian portfolio with new offshore fields. Firms that already operated in the country, such as Equinor, Perenco, Karoon and Total, for example, had the chance to acquire participation in new assets in the Campos and Santos basins. Other companies are now coming for the first time to Brazil, such as Malaysia's Petronas, which had been studying the market for years.

Another newcomer is London-based Trident Energy, which is set to debut in Latin America's oil exploration and production market after it made a US$1bn offer to buy the Pampo and Enchova clusters last year. The company is specialized in redeveloping midlife assets and aims to focus on Africa and Latin America.

Norway’s BW Offshore, which to date has been in Brazil chartering vessels or in partnership with other operators, also seized the opportunity to enter the E&P sector with the acquisition of the Maromba offshore field in the Campos basin, where it intends to invest US$250mn to start production by 2022.

Smaller firms are also taking advantage of the Petrobras sell-offs. Local company Eneva, for example, bought the Azulão field in Amazonas state from Petrobras in 2018 and secured a deal for an integrated project with the 132MW Jaguatirica II thermopower plant that won a concession in an electric power auction last year. The area is the company’s first E&P asset outside the Parnaíba basin.

Currently, some of the offshore areas with ongoing divestment processes are the Golfinho, Camarupim and Peroá clusters in the Espírito Santo basin in addition to exploration blocks in the Pelotas and Pará-Maranhão basins. Onshore exploration blocks and fields in the Sergipe-Alagoas and Espírito Santo basins are also up for sale. Petrobras already announced that other older fields, such as Marlim in the Campos basin, could also be offloaded.

The investment, in partnership with Lundin Mining, is partially driven by demand in the electric vehicle market.

The firm has submitted a discovery evaluation plan for regulatory approval.

How Ceará wants to ‘attract investments that create digital infrastructure’