Is COVID-19 the push e-health needed? 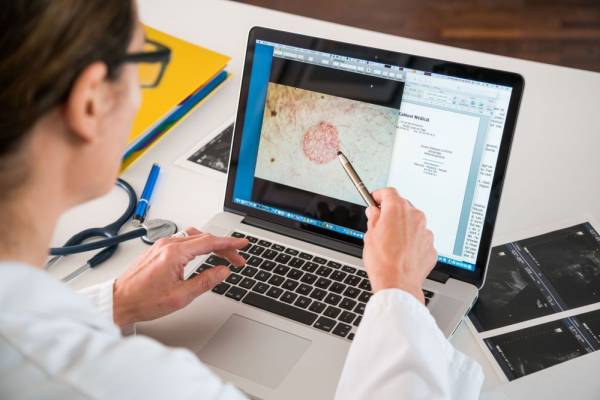 As a result of the COVID-19 pandemic, e-health and telemedicine are becoming more popular in Latin America, where their use was often restricted by law or outdated regulations.

In Brazil, for example, President Jair Bolsonaro promulgated a law on Thursday that expands the use of telemedicine, but so far only for the duration of the crisis.

Before the crisis, using such technology was only allowed for doctor-doctor interaction.

“Telemedicine in Brazil had been backed by a directive issued by the Federal Council of Medicine (CFM), which has the legal competence to regulate medical practices and activities. But resolution 1643, in force since 2002, essentially allowed telemedicine only among doctors, for diagnostic consultation,” Elysangela de Maurer, lawyer in the life sciences and health area at TozziniFreire law firm, told BNamericas.

According to Maurer, calls for a clearer framework grew louder in recent years to reduce legal uncertainty and expand the use of telemedicine, also covering doctor-patient interaction.

The recent law establishes that virtual consultations must follow the same procedures and ethical standards, and must cost about the same, as in-person consultations.

Bolsonaro exercised two vetoes, however, one of which stripped the CFM of the power to regulate the matter after the pandemic, because wider e-health regulation must be addressed by a another law, the president said.

The health ministry has relaxed rules for online consultations in March, when the government declared a state of calamity due to the pandemic.

And although the new law reinforces this exception, it still means progress because it sets a precedent for telemedicine expansion after the pandemic, according to Merces da Silva Nunes, a lawyer specialized in medical legislation.

Brazil shows that the pandemic could boost telemedicine in the region.

According to experts, Latin America offers great potential for e-health, especially in low-complexity care and primary health attention, as virtual consultations can reduce the pressure on health systems.

E-health can also be especially relevant in big countries such as Brazil, Mexico and Argentina, where distribution of hospital beds and doctors is uneven.

Yet, in Argentina e-health has not become popular, even though it is legal since 2012.

A national 2018-24 telehealth plan, including doctor-patient interaction, was introduced to facilitate the practice.

"Telehealth as a state policy is in an initial phase of development and maturation, and in that sense, the national telehealth plan is aimed at consolidating the strategy on the public agenda at both the national and provincial levels," according to the plan.

"This has been done for a long time. But now we are systematizing the criteria for care. It is important, however, to understand that this does not replace personal consultation, physical examination," Javier Semrik, scientific secretary of Tucuman’s urology society, told local daily La Gaceta.

Mexico’s first telehealth action plan is from 2007. One of its goals was to “support the incorporation in medical care regulation of the use of teleconsultation and remote monitoring.”

Colombia’s telemedicine legislation was enacted in 2010, permitting teleconsultations, which, however, were not used much. Because of the pandemic, the federal government issued a decree on April 12 to, among other things, standardize and expand telemedicine.

Chile has been implementing telehealth initiatives at least since 2005, including for teleconsultations. The country has no specific e-health legislation though. Its national telehealth program in place since 2018 is backed, among others, by the constitution.

In Peru, a specific legislation was passed in 2016. The health ministry (Minsa) is in charge of the policy and responsible for creating a telehealth commission to propose and promote improvements.

In Puerto Rico, governor Wanda Garced signed recently joint resolution 491, which makes the telemedicine law more flexible and eases the requirements for physicians to conduct telemedicine during the pandemic.

The resolution also considers health professionals that normally would not be allowed to conduct telemedicine.

With the relaxation of regulation, the offer of solutions has skyrocketed in recent weeks, including consultations.

Grupo Fleury, one of the largest medical groups in Brazil, launched a telemedicine platform that allows online consultations between doctors and patients from all over the country.

In view of the recommendation of social distancing to decrease the transmission of COVID-19, “Cuidando Digital” enables care via a secure digital platform, including an electronic medical record, which allows continuity in healthcare, especially in the current context, the group said.

The platform is available to the medical community for free during the pandemic.

"In addition to reestablishing urgent care for cancer patients, pregnant women and cardiopaths, for example, we believe that contact between doctor and patient at this time is essential for the health system, as it can avoid unnecessary visits to the emergency room", Grupo Fleury CEO Carlos Marinelli said.

Startup BoaConsulta developed an app for scheduling appointments and is offering free online assistance on its platform related to the virus.

OdontoPrev, Latin America leader in dental insurance plans, launched Dentista Online, a tele-orientation service, so its 7mn beneficiaries receive help with oral health without having to go outside.

“The initiative is in line with the decision of the ministry of health that regulated telemedicine in the country on an exceptional basis during the COVID-19 crisis,” OdontoPrev said.

Medtech Sanar received last week in a second investment round a series B investment of 60mn reais (US$11.4mn), co-led by DNA Capital and Valor Capital investment funds. With the resources, the startup will expand its staff and up R&D investments.

The startup has customers in over 5,000 cities and seven countries, for example in Argentina, Brazil, Paraguay, Bolivia and Portugal.

One concern over e-health and telemedicine is the privacy of patients’ medical record. Leaks and hacks are a potential risk and need to be prevented and data handling must observe data protection legislation.

Experts emphasize that the use of technology does not change the normative and technical secrecy standards of in-person consultation.

"If it is the case of disclosing [the patient’s diagnosis] for public health issues, for example, what legislation states is that the patient must be notified that their confidentiality is going to be lifted and that the necessity of doing so is pertinent," Marco Aurélio Torronteguy, also from TozziniFreire law firm, told BNamericas.

And Merces da Silva Nunes added, "the confidentiality of information must be preserved regardless of the platform. Also, the health professional must inform the patient that there are [technical] limitations in this type of consultation."

The plan aims to reduce poverty, accelerate a shift to clean energy and assign land to families for agricultural production.

Community leaders say they will only end the protests if President Gustavo Petro or his deputy, Francia Márquez, agree to visit the area for direct...

Want to read more information about Is COVID-19 the push e-health needed??