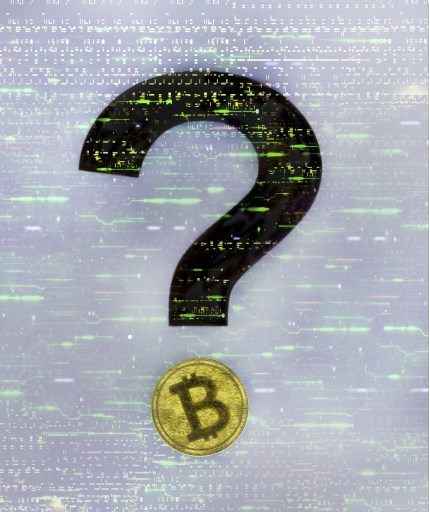 Cryptocurrencies' lack of an agreed-upon definition continues to stymie the advance of effective regulation, according to David Schwartz, president and CEO of the Florida International Banking Association (FIBA).

The timely assertion comes as fintechs eager to implement the technology are increasingly finding themselves at loggerheads with authorities looking to protect the interests of the general public.

"The biggest issue around cryptocurrency is really the failure to provide one definition as to what it is and then based on that regulate it," said Schwartz in an interview with BNamericas. "Is this a currency? Is it an asset? Is it a property? Is it a commodity? What exactly is it?"

As the debate moves forward, Schwartz hailed the advanced progress of fintech regulation in Mexico but was eager to stress the regulation for fintechs and cryptocurrencies ought to be set on distinct paths.

"We need to separate this idea of cryptocurrency/cryptoasset from fintech. Because really fintech, we're talking about companies, innovative companies in the area of financial services, whether that be payments, lending, etc.," said Schwartz.

"I think it's been much easier in a sense to formulate that fintech regulation than that one on the cryptocurrency," he added.

"So, they're operating in a different space. [With fintechs] at least we've had a little more progress," he said, adding that regulations around fintechs is already more developed, particularly in countries like the UK, Singapore, more "than it is here in the US."

As Mexico's regulatory advance marches forward, local authorities continue to treat cryptocurrencies with trepidation, as underscored in a March 8 central bank (Banxico) circular that has ruffled feathers in the fintech sector.

The long-awaited regulatory memorandum further detailed the bank's stance on the use of cryptos by tech-based financial services firms in Mexico. It is the latest step in ironing out the rules of the game under last year's trailblazing fintech law, which handed the central bank sole responsibility for permitting their use in the country.

In it, the bank expressed serious concerns related to the complexity of the technology, the volatile nature of the virtual asset valuation, which combine to create an "information asymmetry" between tech firms well versed in the concept and a largely uninformed or misinformed public - a mismatch in levels of comprehension poised to generate "a perception that the risks associated with the assets are less than those they actually represent."

The monetary authority also stated that cryptos carried "a significant risk in the prevention of operations with resources from illegal origin", pointing to the "ease of transferring virtual assets to different countries, as well as the absence of controls and homogeneous prevention measures globally."

"In this context, it is considered convenient to maintain a healthy distance between virtual assets and the financial system," said the bank. The statement falls short of outright prohibition, however, placing a more controlled framework for crypto implementation moving forward.

Mexico's most well established crypto exchange Bitso said in a blog post that the circular does not prevent them from offering its services, stressing "the circular is directed at banks and fintech [companies] regarding their operations with cryptocurrencies."

The exchange noted that "Banxico mentions that it seeks to take advantage of the use of the technology of these cryptocurrencies as long as they are used for internal operations of financial institutions," emphasizing, "This does not mean that operations with cryptocurrencies are prohibited."

In an interview with crypto media outlet Bitcoin News, Sebastian Acosta Checa, CEO of local crypto exchange Isbit, lashed out at the circular as preventing firms from offering virtual assets (an alternative frequently used in the local debate) to end consumers.

"This is a disaster. The people within Banxico have really shown their ignorance about the subject they are trying to regulate," said Acosta Checa.

Doomsaying aside, the circular does give more detailed instructions to firms on how to apply for a permit to use cryptos, and the bank has furthermore opened a three-month period of public consultation, ending June 6, allowing the private sector and anyone in the general public to submit opinions on the matter.

The global financial community will be watching Mexico to see local regulators' answers to the thorny question of cryptocurrencies, having garnered considerable attention with the sweeping nature of its groundbreaking regulatory framework for fintechs.

In terms of regulation, Schwartz said, "Mexico has definitely been at the vanguard."

"In several of our programs around cryptocurrency, we have always invited the Mexican regulator to attend and speak on the subject, because there is a regulation [in Mexico]. There is a fintech law, so that's something we don't have," he said. "I think they're in a good place."

From sandbox to greenhouse

In looking to Mexico, Schwartz recounted a panel discussion where a Mexican regulator offered a new term for the so-called regulatory sandbox that allows fintechs to test out new technology before formal release to the general public.

Instead of a sandbox, the regulator suggested it is really a greenhouse.

"A sandbox sounds like your just in there playing around, whereas a greenhouse is you're trying to grow and develop something, and I really like that concept," said Schwartz.

"Because that's the idea," he added. "There's so much collaboration between banks and fintech. We're looking to provide better customer experience, faster service, less costly, etc."

Contractors have until September 23 to express interest in the bidding process for floating units and field support.

BNamericas speaks to Bernardo Vargas Gibsone, the former CEO of Colombian power conglomerate ISA, who was just appointed head of Latin America at U...