M&A punching through pandemic and politics in Colombia and Peru 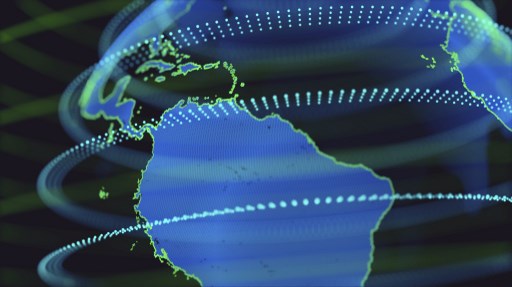 M&A activity may be on the rebound in Colombia and Peru, but politics, public policy and the pandemic continue to drive a climate of uncertainty, impacting deals in hot industries and recoveries in traditional standout sectors like energy and mining.

“We see the 40% increase in transactions from the first half of 2020 to 2021 as clearly leveraged by public vaccination policies,” said Daniel Davila, regional director of transactional research firm Datasite.

Investors are definitely staking valuations and decisions on the advance of vaccination policies across Latin America and within specific industries, he added, speaking at a panel hosted by Datasite with partner M&A research firm Mergermarket.

And while advances on vaccination may count as the most critical public policy across the region, each territory is facing its own political and economic challenges that are playing into the M&A market as investors work to reactivate markets and spur dealmaking.

To build out an update on the M&A situation update for Peru and Colombia, we drew on comments on the panel that focused on the two countries in particular, as well as data and remarks from Marcela Chacón, a research and business intelligence analyst for Latin America with research company Transactional Track Record (TTR), speaking with BNamericas.

TTR recorded 117 M&A, venture capital, private equity and asset acquisitions occurring in Colombia from January to July 2021, representing a 35% increase in the number of transactions and a 69% annual uptick in the disclosed deal value compared with the same period of 2020. 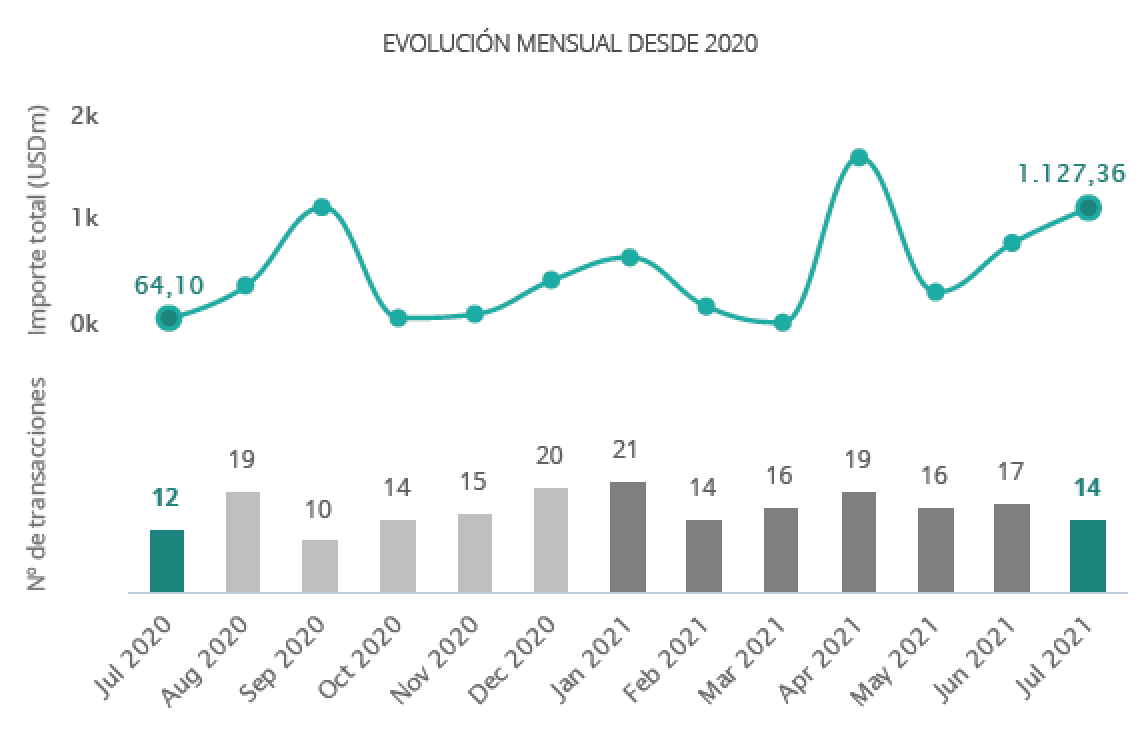 Chacón told BNamericas that she sees the possibility of M&A retaining fairly strong deal flow ahead, “However, the social and political situation that has been taking place in recent months will keep potential investors in these strategic countries on watch.”

Carlos Restrepo, managing director at Banca de Inversion Bancolombia, said that on top of next year’s presidential election, the country has already suffered multiple shocks going from the first attempt at fiscal reform that led to social protests to the COVID-19 pandemic and the economic shutdown in the country.

He added that while the social unrest has mostly settled down, “It remains in the background.”

“We have an economy that is learning to work within the pandemic and within the uncertainty,” said Restrepo, speaking on the panel.

He added that the funds currently investing in emerging markets like Colombia are doing so aware of the risks they are facing in making valuations and their choices for the next year.

“This has been generating mixed impacts for us,” said Restrepo, “We have some transactions that we’re trying to speed up in order to close by the end of this year if possible or at the start of the next to avoid that electoral uncertainty,” he added.

Likewise, he added, Bancolombia has some transactions that it is may suspend or postpone until after the vote on May 29, 2022.

The current climate, said Restrepo, means they will be looking at tougher negotiations, more rigorous reviews, but also that they expect to see some opportunistic moves for those looking to take advantage of prices and others that are looking long-term towards energy and infrastructure investments.

Getting sector specific, Restrepo said, “Energy will definitely continue to be the leader the transactional dynamics of the country …. It’s a regulated sector, a sector we can say is stable and is resilient long-term, which investors are looking for … those long-term protections.”

Beyond the traditionally strong O&G sectors in Colombia, renewables are also a highly active sector in the M&A market, adding that Colombia is set to hold its third renewable energy auction in October.

The finance division of Bancolombia is also “very active in financing renewable energy projects, and that for us ... is a very clear sign that in the coming years we’re going to see M&A of renewable projects,” adding they are seeing funds, “mostly European” that are very interested in clean energy.

With telecom, as well, Bancolombia has been actively backing 4G and 5G infrastructure projects.

“Today we have about 29 fourth-generation mega-projects, which are under construction,” said Restrepo. “And we’re currently in the structuring stage in the 5G projects.”

With Fintech, he said, the bank is seeing transactional activity in play even if it isn’t at the level being seen in countries like Mexico, Argentina and Brazil.

For example, he said, “We had the opportunity to make a transaction in the first quarter [of 2021] and the signal that we received is that many American and European funds [are looking], asking us for Fintech targets.”

Other active sectors moving forward include health, Restrepo said, which is continuing the consolidation process started in the last two or three years with foreign buyers very active in the sector.

Family office, as well, has shown significant activity, with many families looking to liquidate or divest recently.

Looking to Peru, TTR recorded 55 M&A, venture capital, private equity and asset acquisitions occurring over the first seven months of 2021, reflecting a modest 1.85% increase in number of operations but a 364% surge in the disclosed deal value compared to the same period of 2020.

M&A activity in Peru has fluctuated of late, largely due to the current political situation, Chacón told BNamericas, adding that TTR sees “a slightly more cautious environment with closing transactions for the short and medium term.” 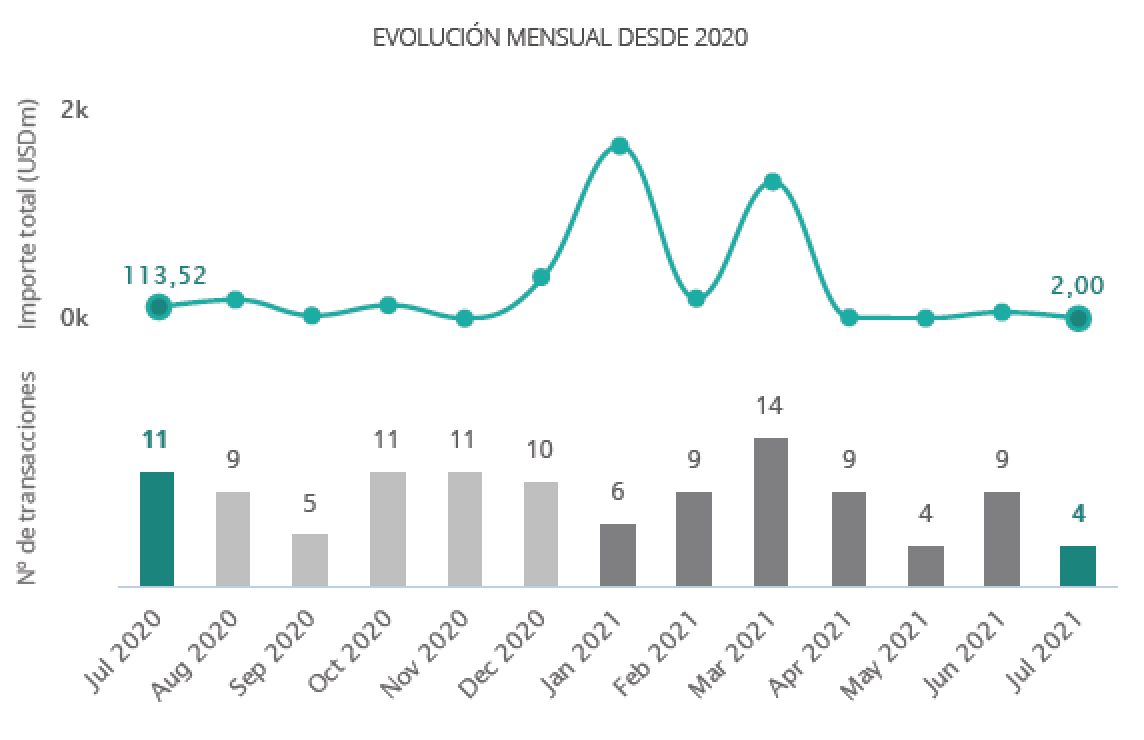 Lucas Araujo, M&A director at Scotiabank Perú, said Peru had reached a “delicate moment” between politics and the global pandemic, speaking on the panel Wednesday.

There was the complicated presidential election, followed by the announcement of the cabinet, where both generated political noise, said Araujo. That cabinet has to be ratified by congress, he added, and there are “voices of discord” calling for greater state control of key industries, most importantly the energy sector.

On the other hand, he said, the new economy minister, Pedro Francke, has made some “fairly pro-market” comments in recent days.

“Nevertheless, this is all generating noise and uncertainty, and this leads to strategic decisions being postponed, whether they are investments, in capex or acquisitions or new projects,” with some projects even abandoned, said Araujo.

He added that there are some deals in the works since the start of the year that continue to move forward, as well as positive signals among investors looking for opportunities in the Andes subregion.

Asked about sector-by-sector performance, Araujo said, “The mining sector … where Peru is a very strong country, has been beaten up a bit,” being hit by political issues, undergoing reviews on tax contributions.

Araujo said he sees mining making a recovery in the coming year, even though recent activity has been low.

The agriculture sector, he added, “has gained a good deal” of attention recently, gaining value since COVID-19, “with a lot of interest from international investors.” As an example, Araujo said “the largest company in the sector”, without mentioning names, has entered the IPO process.

In the realm of tech and telecom, he pointed out that fiber to the home (FTTH) has gained importance both in the region and especially in Peru, where companies have grown significantly recently, “awaking interest from international investors” and that the convenience industry, such as delivery apps, has also garnered attention.

Extreme concern about the dismantling of the MTC

Movistar registers the highest incidence of complaints in the mobile service and fixed internet service in the firs...

Want to read more information about M&A punching through pandemic and politics in Colombia and Peru?