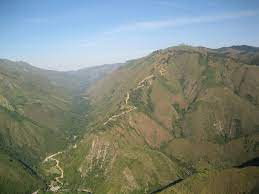 Mining companies in the Dominican Republic are grappling with an upsurge in resistance as they seek a path forward for key growth projects.

Companies in the Caribbean nation – which hosts Latin America’s biggest gold mine, Pueblo Viejo – have accumulated gold resources of around 31Moz, as well as deposits of nickel and copper.

Despite support for the industry from President Luis Abinader, project development has been held back by permitting delays amid strong opposition from environmental campaigners, residents and church and political leaders.

But companies have defended their projects, outlining plans to mitigate environmental impacts and improve water resources, while highlighting the industry’s economic importance.

Abinader has pledged to deliver mining growth, but permitting decisions have been put off and a proposed overhaul of legislation aimed at attracting investment has failed to advance.

The US$159mn gold asset has been delayed for several years due to the lack of presidential approval of an exploitation permit.

In the latest development, San Juan senator Félix Bautista presented a draft bill calling for the creation of a nature reserve covering 31 communities and 25,722ha of land within the Romero concessions, in an attempt to block the project’s progress.

Bautista, of the left-wing Fuerza del Pueblo party, previously urged Abinader not to grant a permit for the project due to environmental concerns.

Operations at Romero would pollute water resources used for human consumption and agriculture, with local waterways feeding into at least three reservoirs, according to Bautista.

A local NGO, called the southeast united committee for water and life, comprising church leaders, academics and agricultural associations, has also called for the project to be halted, warning it would be ‘catastrophic’ for the region, local news outlet CDN reported last month.

GoldQuest has defended its plans at Romero, saying plans have been drawn up to protect water resources.

“In our operation we will not use water from the San Juan River. We will have zero impact on the waters of San Juan,” the company said on Wednesday in a Twitter post.

GoldQuest plans to collect and store rainwater for use in its processing plant, and treat and reuse water.

“Romero will have a positive impact on the San Juan River and the Sabaneta dam, with the implementation of a management plan for the water basin the river will maintain its flow and improve the quality of its waters,” it added.

Barrick Gold has also faced opposition to a new tailings dam required for its US$1.30bn Pueblo Viejo expansion, which is needed to extend operations at the mine – a 60:40 JV with Newmont - into the 2040s.

The company and the authorities have been forced to rethink the location of the dam after the original proposal sparked violent protests last year.

Independent consultants were brought in to evaluate alternative sites. Barrick has said it hopes to receive an environmental permit for the preferred location around end-2022.

“We know how we are going to close this dam, because we have to make provisions,” Juana Barceló, president of subsidiary Barrick Pueblo Viejo, told reporters.

Closure plans must be updated every five years under agreements between the company and the government, she was quoted as saying by local daily Diario Libre.

Barrick and Newmont have invested US$6.40bn in initial capex, maintenance and expansion work at Pueblo Viejo, and the mine employs about 2,700 workers and accounts for 15% of foreign direct investment in the country.

Other mining and exploration companies active in the Dominican Republic include Unigold, which has submitted an exploitation permit request for its Neita (Candelones) gold project, and Americano Nickel, with the Falcondo nickel mine.

Falcondo was last year forced to abandon plans for an expansion of its operation due to potential impacts on the Loma Miranda forest, which campaigners want to see protected as a nature reserve.

El Salvador announced it has severed ties with Taiwan in favor of a one-China policy that opens investment opportunities with the economic giant. C...