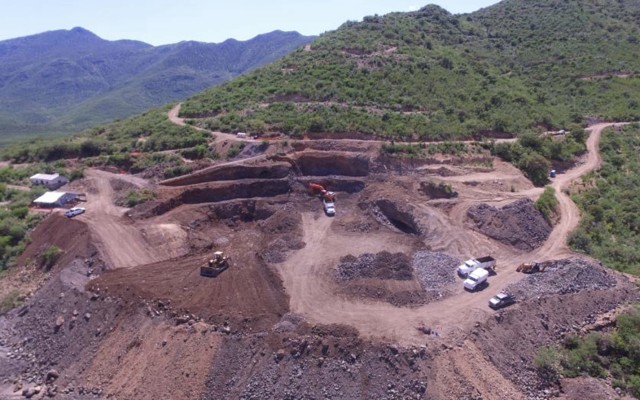 Mining companies are seeking to sell a string of assets in Mexico, as valuations are swelled by high metals prices.

Firms have indicated their intentions to divest or seek partners for at least 18 projects, ranging from large copper and silver deposits to advanced-stage gold assets and exploration-stage properties.

MEXICO MINING ASSETS UP FOR GRABS

Teck is planning to submit an environmental permit application in Q4 and to start a feasibility study in early 2022.

The company is evaluating a number of options for the project, including a sale or seeking a partner to build it.

“We’ve had a lot of interest,” CEO Donald Lindsay told an earnings call in July.

“It’s very exciting and we’re sorting… sorted through that now, dealing with different parties and their proposals.”

Further developments are expected by year-end.

All options are on the table for Coeur Mining at La Preciosa, including bringing in outside help to develop the project, CEO Mitch Krebs told BNamericas in August.

But Krebs warned further improvements in the silver price may be needed for it to become an economically viable investment.

La Preciosa, which hosts more than 100Moz silver in resources, was one of a string of projects suspended amid falling metals prices in the first half of the past decade.

The project is also hampered by high taxes in Mexico, Krebs said.

“We are always looking at different ideas to unlock that value there, whether that’s us unlocking that value or a partner, we are open to any and all ideas as to how to unlock some of the value sitting there at La Preciosa,” the CEO added.

Argonaut Gold is continuing to seek a buyer for its Ana Paula project in the Guerrero gold belt, after a previous sale fell through.

AP Mining, which planned to acquire the project, was unable to meet its obligations under the proposed deal.

“With the company’s primary focus on the development of the Magino project [in Canada], the company still continues to market the Ana Paula project for sale,” Argonaut said in its Q2 MD&A report in August.

Sierra Metals is nearing the end of a strategic review, which could lead to a sale of the company or its assets.

A report on the review is expected within weeks, the company said in its Q2 earnings release in August.

Sierra’s assets include the Bolívar and Cusi mines in Mexico and Yauricocha in Peru.

The company engaged CIBC World Markets to assist the board in the review. There is no assurance the review will result in a transaction, Sierra said in January.

Alternatives include the sale of part or all of the company, or of some assets, a merger or other business combination with another party, or other transactions, it added at the time.

Azure Minerals has appointed PCF Capital Group to seek a sale of its Mexican mining portfolio following a strategic review.

Azure, which will now focus on its Australian asset, has built up mineral resources containing 32Moz silver and 150,000oz gold at Alacrán, and was previously planning full-scale production at the Oposura zinc-lead project (in picture), both in Sonora state.

The company also has the Promontorio copper-gold-silver project in Chihuahua state and acquired the Sara Alicia gold-cobalt asset in 2017, in Sonora.

Other projects include Panchita in Sonora and San Agustín in Durango, along with the Telix graphite project in Oaxaca.

First Majestic Silver CEO Keith Neumeyer has signaled possible sales of a string of suspended mines as part of a shift in focus away from Mexico.

The company halted its Del Toro, La Parrilla, La Guitarra and San Martín mines in 2018-20 due to weak profitability, along with security concerns at San Martín.

These non-core assets are likely to be sold or partnered with other groups over the coming years, Neumeyer said in March.

The company has started arbitration proceedings against Mexico relating to taxes.

First Majestic’s core assets are the San Dimas, Santa Elena and La Encantada silver-gold mines in Mexico, along with the Jerritt Canyon gold mine in the US.

These include La Bolsa in Mexico, which is not considered material to the company, and is being held on care and maintenance.