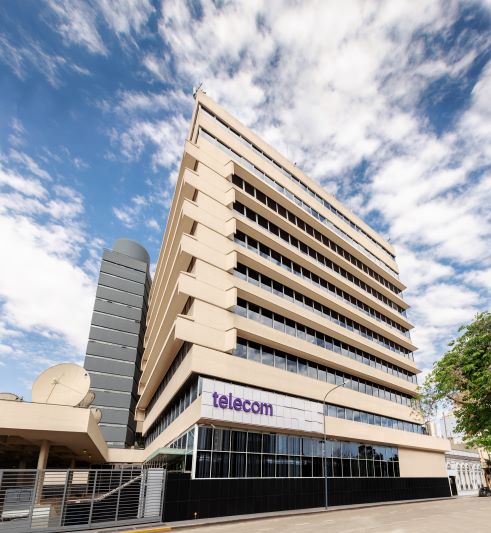 Telecom Argentina is one of the telecommunications operators in the country that invest the most in the domestic market and this year it plans to invest around US$700mn.

During the first nine months, investments, including rights of use, amounted to 85.7bn pesos (US$534mn), representing 18.2% of consolidated sales, according to the company's results report for the period.

In its presentation to investors, Telecom said capex amounted to US$503mn in January-September, down 24.1% year-on-year.

Half of the nine-month investments went to networks and technology, including data centers and IT, while 41% were for equipment and installations at customer residences. The remaining 9% corresponded to investments in the international operations.

There was a strong investment focus on deployment and updating of the 4G network and the installation of last-mile fiber optic networks.

The company deployed 64 new mobile sites in the year through September, updated nearly 1,000 sites and has another 20 under construction.

Telecom had already said that it plans to close 2022 with more than 170 5G sites that operate in the dynamic spectrum sharing (DSS) modality. The goal for end-2024 is to have 200 5G DSS sites.

The 5G DSS sites are capable of offering connection speeds of up to 15 gigabits per second (Gbps), according to the company.

On average, some 55,000 phones are connected daily to Telecom's 5G network.

The company expanded its fiber network this year to 5,700 new city blocks. Additionally, fiber was deployed over the hybrid fiber and copper (HFC) network at another 4,627 blocks.

In April, the company unveiled a fiber investment of 350mn pesos for Mendoza, which made it possible to increase the upload capacity of the HFC network at 50,000 blocks.

Telecom recently said it will boost the speed of its fixed services at no additional cost, with increases from 50 to 100Mb, from 100 to 300Mb and from 300 to 500Mb. Those customers who have contracted lower speeds will now get 50Mb.

Between 2017 and 2021, the company invested US$5bn in its digital transformation process.

Telecom's January-September operating profit before depreciation and amortization was 135bn pesos, a drop of 22.6% year-on-year. The profit margin was 28.7%.

Due to Argentina's dire economic situation with annual inflation running above 80%, the company said that the goodwill generated from the merger with Cablevisión had been reduced by 208bn pesos.

Telecom closed September with 20mn mobile customers, 4.2mn broadband clients and 3.5mn pay-TV customers. While mobile accesses grew 0.5% compared to end-September 2021, the number of clients in the pay-TV and broadband segments declined by 61,000 and 30,000, respectively.

At local business chamber ATVC’s international conference in Buenos Aires last week, Telecom said it would have its core 5G network ready in 2024. It is a US$350mn project that the company is implementing with Chinese equipment provider Huawei.

The country plans to hold a 3.5Ghz spectrum tender next year that will enable the deployment of autonomous 5G in Argentina.