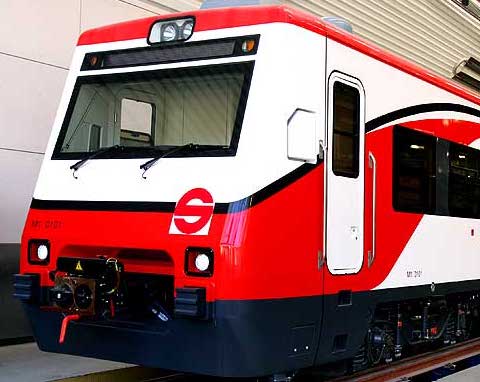 So far, the infrastructure, communications and transportation ministry (SICT) has launched five tenders for the 25bn-peso (US$1.22bn) Lechería rail branch that will connect Mexico City and the Felipe Ángeles international airport (AIFA) in Mexico state.

Two of the five tenders have already been awarded, while two remain open. One was declared void and might be relaunched soon, according to records on procurement site Compranet.

In October, acting infrastructure, communications and transportation minister Jorge Nuño Lara said the passenger rail line was 36% complete and is set to be ready by the end of 2023.

Two contracts for building vehicular bridges were awarded in September. The first, known as the Prado Sur bridge, went to Constructora de Proyectos Viales de México on September 19 for 97mn pesos, while the contract for the Canal de Castera bridge went on September 7 to Jaguar Ingenieros Constructores for 89mn pesos.

Meanwhile, the winner for the construction of three pedestrian bridges in Tultitlán municipality will be presented on November 23, records show.

On October 31, SICT received two offers for the bridges. One came from Constructora de Proyectos Viales de México, offering 105mn pesos, and another from Jaguar Ingenieros Constructores, which presented a 96.5mn-peso bid.

The ministry also launched an acquisition tender to purchase 55,429 monolithic-concrete crossties for the 23km branch.

Bids were received Monday, submitted by Impulsora Tlaxcalteca de Industrias, which offered 116mn pesos, and RCTI de México, which offered 98mn pesos. The winner will be announced on November 25.

The last tender was declared void on August 1. It involved the supply and installment of a ventilation system for the tunnel section, but SICT canceled the contract after the only bid from a consortium comprising Soler Palau and SYP Division APL was declared nonsolvent.

The Lechería rail line will be an extension of the suburban train system between Buenavista station in Mexico City and Cuautitlán in Mexico state, northeast of AIFA from Lechería station.

Works for the whole project are being carried out by the ministry, the project’s main supervisor; defense ministry Sedena, which finished the AIFA terminal in March; agrarian, territorial and urban development ministry Sedatu; and Spanish railway operator CAF.

The project was awarded in 2021 and construction was originally scheduled to start that same year.