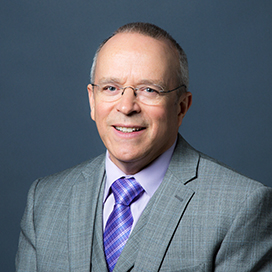 Altaley Mining is seeking to ramp up its Tahuehueto gold mine in Mexico to full capacity by end-2022, after beginning pre-production mining and mill commissioning earlier in May.

Commissioning is advancing with a single 500t/d-capacity ball mill, with a second being installed over the coming months to bring total processing capacity to 1,000t/d by the end of the year, CEO Ralph Shearing tells BNamericas.

He says the Vancouver-based company has further expansion plans for the Durango state asset, with exploration potentially paving the way for a 3,000t/d operation within five years, while metallurgical testing could also boost production at the firm’s Campo Morado polymetallic mine in Guerrero state.

Shearing’s plan is to build Altaley into a 100,000oz/y gold producer through an expansion at Tahuehueto. The company is also eyeing acquisitions, which could see it diversify away from Mexico.

BNamericas: What is the current status at Tahuehueto and what are your aims for 2022?

Shearing: We just started up pre-production commissioning with one ball mill. It’s capable of 500t/d.

We will be installing the second ball mill over the next quarter and hope to have this thing ramped up to full capacity of 1,000t/d by end-2022. That’s the plan.

Construction is fairly far along. We’re still completing a few items but we are operational on a half capacity [500t/d] basis.

Underground mining is going well. We have already got about 26,000t of ore stockpiled.

I’m hoping we can get ourselves healthy enough to start drilling again in late Q4, and if that’s the case, we can bring in new resources and reserves, and I hope to build enough reserves to justify an expansion almost right away.

It’s just a matter of bringing in new reserves and resources and planning the expansions.

BNamericas: What is the current mine life?

Shearing: 10.9 years. Measured and indicated resources could add another eight years to that [at 1,000t/d].

BNamericas: How do you see the exploration potential at Tahuehueto?

Shearing: It’s enormous. We have multiple structures that need to be drilled.

There’s been an erosional window which exposes 8-9 structures that need to be looked at.

We’ve only really explored one of them, and then underneath the overlying cover there’s likely to be many more vein structures, but it will be a long way into the future before we get to those.

BNamericas: How much will you be producing at Tahuehueto?

BNamericas: What are your aims for Campo Morado?

Shearing: Campo Morado is an interesting beast. It’s got a couple of challenges, metallurgy and security in the state of Guerrero.

We’ve been operating successfully for quite a while, and we believe we’ve figured out how to do it.

One of our main goals is to hire as many people locally as we can. We have 64% of our workforce at Campo Morado locally employed.

That helps with dealing with people, and the fraction that’s a little less happy with things in Guerrero.

We’ve done well, it’s a matter of keeping everyone informed of what we’re doing and when we’re travelling, and we’ve been able to continue to operate the mine.

We also have an army post right on site. They’ve got about a dozen soldiers stationed there all the time to ensure the explosives are secured properly, so security is as good as it can be.

Campo Morado has some challenging metallurgy and we’ve been working to try and solve that. We brought in some pilot plants to test microfine grinding and pneumatic flotation and we’ve had some success.

The Jameson Cell has given us the most success. We’ve been able to show a strong potential increase in lead recoveries, up to 70-80%.

Along with that will come a lot of precious metals as well.

We also took some tailings and ground them, and ran it through a Jameson Cell. We effectively made a precious metal-rich pyrite concentrate.

That’s a good situation. We believe we can reprocess some existing tailings that we’ve deposited over the last couple of years and get maybe 40-50% of the gold and silver out of it.

It would be a real game changer for us if we could improve recoveries. We’re only getting 15% recovery on gold and about 35-45% on silver. Our lead recoveries are poor, maybe 20-30%.

Our zinc is good, at 70%, and we’re just starting producing a copper concentrate. Our recoveries there are about 50%.

Our goal is to figure out how to get more of the precious metal and the value out of this deposit, through metallurgical testing, and really make it bulletproof for lower metal prices.

We pulled in US$26mn operating profit from Campo Morado last year and we used a decent amount of that to fund Tahuehueto construction.

We’re trying to get a proposal from Glencore to get 2-3 of their Jameson Cells on site which would increase our concentrate grades and recoveries. That is where we’re headed.

The exploration potential at Campo Morado is really good as well. [Former owner] Nystar developed a lot of targets on surface and underneath the existing orebodies from underground.

They drilled one of them and hit some very good massive sulfides to depth underneath the existing orebodies.

There are multiple targets so we just have to get some drills turning and we believe we can bring in a lot more reserves and resources.

BNamericas: What is your broader strategy for the company?

Shearing: We want to get the company good and healthy with the assets it’s got, get the cash flows and market cap up, and then pursue other acquisitions. The question is where.

We’re not opposed to getting new assets in Mexico, but there could be some good business sense to diversify because of the latest goings on in the Mexican government.

The president [Andrés López Obrador] has made a few funny moves down there, nationalizing lithium and talking about banning open pit mining.

We would be looking at safe jurisdictions, Canada, the US. Maybe some other ones. Those are the primary jurisdictions it would be advisable to get some good projects in.

The type of projects would be very advanced exploration or small mines with the potential to expand. Then there’s always the possibility of merging with peers.

We haven’t ruled out Mexico, but we think it would be wise to diversify the risk a little bit.

BNamericas: Do you have a size in mind for the company?

Anything above that is going to make a significant impact on the company and its capitalization, so we’re working our way toward that.

Industry representatives say there is still work to be done to address the problem of insecurity in the country's mining areas.