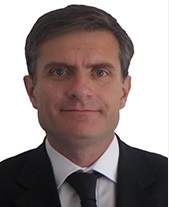 Among the rule changes is one that requires companies to obtain permission from the central bank to repatriate profits abroad.

Macri’s strategy, straight out of the playbook of his populist predecessor Cristina Fernández de Kirchner, may produce results in the short term – indeed, Argentina’s Merval stock index rose on Monday – but could be difficult to revert in the long term, British research firm Capital Economics says.

Sunday's measures come after the government announced it would extend the maturity of all its short-term paper, citing strong fiscal pressure.

Macri, shortly after taking office in December 2015, had lifted capital controls as part of efforts to reintegrate the country back into the global economy. Macri is standing for reelection in October. On August 11, he was trounced in the primary elections by Peronist candidate Alberto Fernández and his running mate, Fernández de Kirchner.

Against this backdrop, BNamericas spoke to Gabriel Gómez-Giglio, a partner and banking and finance specialist at the Buenos Aires office of global law firm Baker McKenzie, about the latest maneuver, possible implications, and more.

BNamericas: How significant are these changes that the government has implemented?

Gómez-Giglio: These changes are significant in the sense that from now on, any profit or dividend generated by a company in Argentina, will not necessarily be allowed to be freely transferred out of Argentina. There’s the requisite of obtaining prior authorization from the central bank. It's not clear how long the authorization process would take and whether in fact investors would be allowed to repatriate profits.

The same [prior authorization from the central bank] goes for payments corresponding to the servicing of commercial debt and for payments for the importation of goods of more than US$2mn a month.

BNamericas: Do you think we’ll see more measures like this between now and the October elections?

Gómez-Giglio: The new regulations shall be in place until December 31, 2019. It’s possible that, in a scenario where the financial and forex market stabilizes, the government wouldn’t be pressured to modify the applicable regulatory framework. If this is not the case, it’s clear that this administration would likely try to have a financial and forex market that is as normal as possible between now and election day.

BNamericas: Against a backdrop of the debt reprofiling and the currency controls, what could happen to the highway PPP projects that are already being carried out?

Gómez-Giglio: We think it’s probable, in light of these measures, as well as the debt reprofiling, that they’ll experience an impact in terms of possibilities of obtaining new financing corresponding to these projects.

BNamericas: Do RenoVar project developers have any legal guarantees in the event the next administration unilaterally changes the terms of their supply contracts, for example, price per MWh?

Gómez-Giglio: I think it's important to wait for the electoral process to conclude, to see who is elected president and his ideas regarding energy policy and the RenoVar projects.

BNamericas: Are we in a ‘wait-and-see’ situation then?

Gómez-Giglio: Today [Monday] there seems to be less volatility in the market and we would have to wait for some days to check for the investors and the market reaction to the recently enacted exchange control regulations. If the market stabilizes it is likely that investors will be in a 'wait-and-see' situation until the end of the electoral process.

BNamericas: What’s the mood among potential investors? Has it darkened since the primaries?

Gómez-Giglio: Today is a very unusual day as these new regulations have just been announced. But in general terms, we’ve seen that there are investors looking for opportunities, trying to understand, anticipate the electoral outcome, possible changes that the results could bring in terms of current economic policy.

There are investors, even in this scenario, that can see opportunities, thinking in the medium to long term, and of Argentina’s need for certain investments.

Gómez-Giglio: If you’re referring to representatives of companies that were not accused and stood only as witnesses, I don’t see any type of restriction.

If you’re talking about people that have been accused, depending on the results of the investigation, the possible sentence that could be handed down, you’d have to see what type of sanction could be applied in the case in question.

Other companies in: Petrochemicals (Argentina)