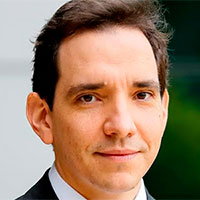 The number of highway concessions in Brazil is likely to continue to grow even as leftist former president Luiz Inácio Lula da Silva returns to office on January 1.

Highway concessionaire association ABCR expects the number of concession contracts to double in the next five to six years, as its leader Marco Aurélio Barcelos tells BNamericas in this interview.

BNamericas: What is the expectation for new road concessions to be offered in Brazil in the coming years?

The highway segment is robust and has a consolidated track record of concessions with a well-defined regulatory framework.

Few places in the world offer as many business opportunities in the highway segment as Brazil, so it has attracted and will continue to attract global and local investors.

There is asset diversification, from highways with long extensions to medium-sized and small stretches, with lower capex.

BNamericas: In terms of investments, how much can the new concessions that will be offered generate?

Barcelos: It is difficult to give an exact investment figure, but it is reasonable to talk about an investment estimate of around 150bn reais [US$29.7bn].

BNamericas: Are the highways to be offered owned by the federal government or by states?

Barcelos: Both the federal and state governments have highways that will be offered, but the federal government is likely to continue being the protagonist. Our estimate is that of the total of the projected new concessions, about 17,000km are federal highways.

BNamericas: Is the highway sector consolidated in terms of players or do you expect new entrants?

Barcelos: The market is still open to new entrants and we have seen a diversification of players in recent auctions.

It is true that the largest are [highway operators] CCR and Ecorodovias with dominant positions, but we also have relevant players such as [investment firm] Patria, as well as international companies such as the Chinese CCCC and CRCC entering the sector. And also investment firms such as Perfin and other medium-sized companies that are consolidating [the segment].

With that, our view is that the market will continue to attract local and foreign actors, with different profiles.

BNamericas: Are there any changes planned for the highway segment by the incoming federal government?

Barcelos: What we were able to perceive during the elections, during the campaign of the winning candidate [Luiz Inácio Lula da Silva], was that there will be continuity. I do not expect changes to the plan, the auctions scheduled for 2023 should take place because it is quite clear that concessions represent a key instrument for economic and social development.

BNamericas: What regulatory issues should be addressed by the next government in terms of highways?

Barcelos: There are two issues that should be addressed by the next government.

The first is related to the liabilities of some past concession contracts that have problems and are waiting to be reoffered.

The other one that should be addressed by the incoming government is the adoption of mechanisms to make room in existing contracts for new projects, making it possible for works to be inserted into these contracts to increase projected investments and create more jobs. It is necessary to create legal security to make addendums to the oldest existing contracts, as this would increase investments.

BNamericas: Do you expect changes at the infrastructure ministry?

Barcelos: Despite the change of some names, our expectation is that the appointment of people with a technical background will continue.

BNamericas: Regarding investments in the sector, do you expect changes in terms of funding sources or in the role of development bank BNDES?

Barcelos: What we saw in the president-elect's campaign announcements is that the role of BNDES will be reinforced as a source of financing, but we need to understand how this will happen.

It is obvious that cheap funding is always good for the advancement of projects, but we need to understand if this could have major impacts on the financial market. We have to reflect on whether having a BNDES with greater participation could generate distortions, we need to see if it is worth it.

BNamericas: Is cost pressure still a problem for companies in the highway segment?

Barcelos: The issue of input prices is still a headache. As much as it has been said that there has been deflation in Brazil in recent months, the truth is that many input purchases were made when inflation was very high. In addition, inflation has not yet returned to the levels we had two years ago, and this has impacted companies' cash flow and the cash flow of projects.

All sectors of the economy suffer from inflation, but when we are talking about a retailer, for example, the supermarket owner can pass the additional cost on to the final price of the product. In the case of highways, changes are determined by the contract and often the price of inputs exceed inflation by a lot, and there is a big disconnect.

In view of this, we should see companies asking regulators for adjustments to contracts in the coming months.