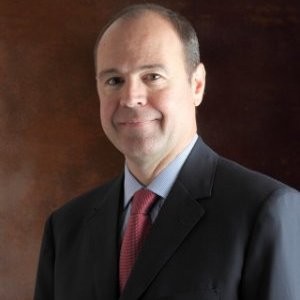 The largest private sector sanitation company in Brazil, Aegea Saneamento e Participações is looking to continue its expansion through new concessions and PPPs, and is also eyeing assets to be privatized by state and local governments.

Since regulatory changes in the sanitation sector, which paved the way for private companies to enter the sector in mid-2020, Aegea has become an active participant in auctions. Currently, the firm is present in 154 municipalities in 13 Brazilian states.

The strategy was consolidated thanks to the company's financial discipline and also the participation of powerful shareholders, which gave Aegea financial strength. The company is owned by the Equipav group (52.77%), Singapore sovereign wealth fund GIC (34.34%) and the holding Itaúsa (12.88%).

CFO André Pires spoke with BNamericas about the strategy.

Pires: We have had great success in recent auctions that we have participated in, both in terms of concessions and PPPs. We recently won an important contract, which was the PPP in Ceará state.

We’re still looking for more opportunities and we’ll evaluate all the potential business that arises because we have a great capital discipline that allows us to continue growing, but of course, business opportunities are always evaluated from the perspective of capital return.

BNamericas: Do you establish a cut-off mark to define which projects you’ll compete in?

Pires: Our cut-off is always focused on the potential return of projects. But there are some other aspects that we consider when evaluating projects, which are the projects' synergy capacities.

For example, it makes sense to look at projects that are close to regions where we already have operations, as this helps the synergies of our operations.

These synergies occur from the administrative point of view of the company to the provision of services.

BNamericas: What is the company's financing strategy?

Pires: Currently about 60% of our funding structure comes from capital market operations. This will continue, Aegea will continue to be financed via the market, whether through domestic bonds or overseas bond issues, including sustainable bond issues.

But it’s also worth mentioning that in some of our operations the financing is not only through debt solutions but also through equity solutions, where we seek market partners to make operations viable.

BNamericas: Faced with rising interest rates, many companies opt for short-term financing. Have you adopted such a strategy?

Pires: We don’t have a short-term financing strategy, even in the current scenario, we always seek to extend the average term of our debt profile. The nature of our business is a long-term investment, so to manage our capital structure, we always seek to lengthen terms, even if at times this means a few basis points more in interest rates.

BNamericas: Is Aegea interested in looking at potential privatizations of state-run sanitation companies?

BNamericas: As the largest private company in the sector, are you interested in consolidation, in the acquisition of rival private sector companies?

Pires: In all the more mature sectors of infrastructure we have seen a consolidation process at some point. However, in sanitation, I still don't see these movements happening in the short term.

BNamericas: What is the expansion potential of private sector companies in the sanitation market in Brazil?

Pires: Currently, private sector companies represent 20% of the sector, so there is room for further growth. About 50% of the population in Brazil still doesn’t have adequate sanitation services. Being conservative, I think that in 10 years we can have private companies in Brazil reaching a 40% market share.

BNamericas: We have seen investment funds in Brazil interested in acquiring companies that are part of the sanitation supply chain. Does Aegea have an interest in such assets?

Pires: The supply chain is not something we’re going to look at in terms of acquisitions. What we do is establish a long-term relationship with suppliers, we want to work with suppliers as business partners. I don't see a movement toward verticalization, but toward partnerships.

BNamericas: Can the elections in Brazil somehow change the scenario for concessions and PPPs in the area of sanitation?

BNamericas: How are you mitigating the inflationary impacts on your business?

Pires: Our strategy is mitigating the increase in costs and establishing long-term relationships with suppliers. In addition, our service contracts are adjusted for inflation, so impacts are limited.

As a company, our biggest costs are for labor and energy. On the energy issue, we have resorted to the free market to control these expenses.

The government is likely to reverse a presidential decree that, sector players claim, would weaken sanitation regulator ANA and lead to legal uncer...

Why Brazil's Aegea is looking for more sanitation investment opportunities