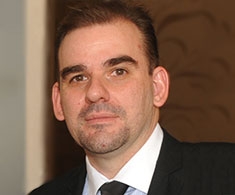 Solar developers in Mexico are treading through unknown territory. The vast majority of the country's installed capacity is residential and national power company CFE has only installed 5MW solar PV to date.

One of the solar developers is Sonora 80M, a firm profiled by BNamericasin May. The company's goal is all in the name: it is pursuing 80MW solar PV installations in Sonora state, which has arguably the best solar resources in North America. Instead of developing under the small producer modality like most, it is utilizing the self-supply modality and securing offtake agreements with municipal and state governments in addition to some privates.

Sonora 80M's first 20MW will break ground in 1Q14, with Portugal's Martifer Solar under a turnkey contract, and the second 20MW later in the year. CEO César Martín Rodríguez spoke to BNamericas from Sonora about solar in Mexico.

BNamericas: Why did Sonora 80M decide to go with the self-supply scheme and pursue offtake contracts with public entities?

Martín: The small producer scheme is the most commonly used, as you mention, because it is the most simple, honestly. You have one offtake point, the sale is done directly with CFE, and the contract procedure is much easier. What makes a big difference is the financial model, the payment that CFE makes in relation to the different power rates like public lighting, etc.

The rates are considerably higher, which makes the return on investment [ROI] for self-supply projects much more attractive for investment funds we work with. The ROI for small producers is much lower.

On top of that, self-supply logically has direct savings for the expenditure of the municipal or state government. Compared to CFE, possibly passing some savings onto the final customer, this is direct savings.

BNamericas: What's your outlook for the renewable market, especially given current talks on energy reform in congress, which could open generation up to a competition?

Martín: As they say in my country [Spain], "Like St Thomas, I must see it to believe it." The energy reform primarily is attacking the problem of hydrocarbons. We have to wait a bit to see what comes out of secondary legislation to understand what scheme they want to govern renewables. I highly doubt that we'll see support or subsidy schemes like they have in other countries.

These comments about supporting renewable have been going around for a long time. We don't know if it will become reality or when that could be.

BNamericas: So can the market continue to grow in the current scheme?

Martín: Yes, it has to grow this way. Unfortunately, there is a lot of speculation, which is "corrupting" the market. The small producer scheme, being a very simple process compared to self-supply with very low investment to begin, is allowing certain people to come in that only want to aggrandize the market in my opinion. They are requesting permits that they'll never go through with. And they're requesting lots of transmission capacity on lines, speculating on CFE being left without capacity on the line at some point.

The scheme is good but they have to put the brakes on or the market is going to be exaggerated much more.

And these are dummy companies that are there just to speculate. They're asking for permits so that if a foreign company arrives at some moment, they can say, "We've already got all the permits," and they speculate with that.

BNamericas: Many in renewable have mentioned difficulties reserving capacity on CFE transmission lines. Did you have problems?

Martín: Our project is located adjacent to two transmission lines. At one time, we did experience an attempt by someone to grab the capacity on those same lines just to disrupt us. Fortunately, that didn't happen. But we have seen companies that don't have the capacity or the knowledge to develop projects requesting prefeasibility studies with CFE to interconnect. It's part of the exaggeration of the market we're seeing on national and local levels.

BNamericas: So how can this speculation be controlled and who would control it?

Martín: [Energy regulator] CRE is doing a very good job with renewables, same with CFE. They're opening the sector. But I think at some point, you have to be stricter with the law. This is not an application error. CRE and CFE are strictly following the law.

When secondary laws are issued in reform, this has to be something they take into account because they have to regulate this better.