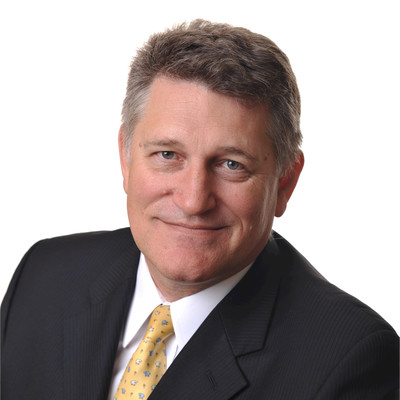 Chesapeake Gold is advancing innovative sulfide heap leach technology at its Metates project in Mexico, which CEO Alan Pangbourne hopes will be a game-changer for the gold mining industry.

Metallurgical testwork is due to conclude by end-Q3 which the CEO hopes will give the market confidence in the technology, which has not successfully been applied to gold deposits before, and which is expected to slash capital costs at Metates, one of the world’s largest undeveloped gold deposits.

As well as the testwork, exploration results are due out shortly which could demonstrate the presence of a higher-than-expected grade core, with both the testwork and drilling due to feed in to a planned pre-feasibility study (PFS).

While first production at Metates is estimated in 2025, the Vancouver-based company is also evaluating rolling out the technology to other suitable gold assets, either through acquisitions in the Americas or through licensing deals, Pangbourne says.

BNamericas: What are your main aims for the Metates PFS and when will it be completed?

Pangbourne: The PEA had very limited metallurgical testwork and the plan has always been that we produce testwork that supports the assumptions of the PEA, and that will then feed into the PFS.

Most important is getting that testwork done so I can say, “there you go, these are the recoveries we assumed, we’ve still got a lot more to do but the first round is supportive of those sorts of numbers,” and then start working on the PFS.

That is probably the most important thing that will come out this year, because that really is the first time I’ll be able to give the market confidence and put out some results and explain to everybody what this means on a lab scale.

The other thing that will be of more interest than the PFS is the final drilling results.

We did five holes about this time last year that showed about a 19-20% higher grade core than we expected.

We drilled those holes primarily to get samples for the metallurgical testwork that we are now conducting. We didn’t drill them to get more assays.

They gave us much better results than we expected.

The nice thing about grade increases is they go straight to the bottom line.

We went back to the board and got them to approve a bit more money into our budget and we announced that we were going to start drilling another 16 holes.

We started drilling those last year and are all but done now. We are waiting for the final assays to put them together to compare to the block model.

After those first results, we have put out the first five of the following 16 holes.

They showed about a 10% improvement, on average, and we're getting close to having the next 11 ready to go.

Assuming that also supports this higher grade, I’ve got a higher grade core than I thought.

Those two are probably of more of interest than the PFS.

BNamericas: When do you expect the final drill results and testwork results to be out?

Pangbourne: The drill results are soon, certainly before end-Q2. The testwork we're expecting toward end-Q3.

The timing of the PFS is dependent on those results and how they roll through.

BNamericas: How confident are you with the heap leach technology you're working with, and how well it will work at Metates?

Pangbourne: I haven’t seen anything that shows it shouldn’t work, or it won’t work. Confidence wise, the underlying concepts are solid.

There are mines that have been using this for 10-20 years, in an acidic regime.

I understand it is different, but the physics that you can oxidize a rock that’s got sulfides in it and get the metal out that you are after, and the chemistry, are not new.

The scary bit for everybody is nobody’s done it in the gold space successfully.

We haven’t finished yet. I’ve still got a lot of work to do, there’s a whole bunch of testwork around that.

Depending on the banks’ reactions I may get forced into building a small pilot plant. If I do, that’s fine. I understand people are nervous.

BNamericas: When we last spoke you mentioned a target of first production from Metates by end-2025. Are you still comfortable with that?

Pangbourne: I put a fair bit of fat into that schedule mainly related to permitting. We can’t start permitting until we have got the PFS.

BNamericas: What is the status of permitting currently?

Pangbourne: We're doing all the underlying work so it's all available when we get to the PFS, because those two together allow me to write the permit application.

We're restarting water and air monitoring, bugs and bunnies. We are working on power supply, and water supply.

Generally in Mexico, I get the impression that if you do it right, you can get your permits through.

I would point at Orla Mining. If you look at the development timeline for Orla, and it’s not dissimilar to what we are building, they were able to get a decent timeline on their permit.

They did everything right and it came out the other end, one permit thank you very much, off we go.

We’ve got one ejido that we need to deal with and that’s it, not multiple landowners. That’s always good.

BNamericas: What are your longer-term strategic aims for Chesapeake, including thoughts on M&As and asset acquisitions?

Pangbourne: It’s early days with the technology but we believe that this will change the industry and we want to be at the front of the curve. That gives us a strategic advantage over anybody else.

BNamericas: Is the idea to get Metates up and running, prove the technology and then apply it to other deposits?

Pangbourne: Potentially even earlier than that, because once I’ve done my testwork for Metates and I understand the ups and downs of the various variables, it allows me to be able to go a lot earlier and get samples tested in the lab, and then see which ones work really well, or walk away.

This is not always the key factor, but given my background as a metallurgist, given what we're trying to do with the technology, I’m probably not that interested in early stage exploration projects, because I’m not a geologist.

There are a bunch of things I look for which I would rather not share in the public arena, but it obviously focuses on the applicability of the sulfide leaching technology, because with this [Metates] went from a US$4bn build to a US$300-400mn. That is huge.

You just wrote off 90% of the capital cost. You have suddenly got a process and a route to production that is easier for smaller deposits to support.

A 10,000-15,000t/d size is a nice mid-sized plant, it gives you enough production to be meaningful but it’s not a massive project that only the biggest companies can do.

We are looking at other opportunities, we believe we will have a better understanding in time of a credible commercial advantage over others, on a certain type of deposits, which is what we're looking for.

BNamericas: What jurisdictions would you look at?

Pangbourne: Each country has its pluses and minuses. I’ve worked in a lot of them in South and North America in particular.

You have got to tick certain boxes for a deal to even happen. Social and political to start with.

With Brazil, it depends on where you are. It’s the same in Mexico.

If there’s a jurisdiction that I don’t like we can still do a royalty technology type deal, license the technology, we will do the testwork and help technically.

I can do it either way.

BNamericas talks to UVA's Mexico chief, Carlos Aguilar Conde, to learn more about the advantages of using drones in the mining and other sectors.