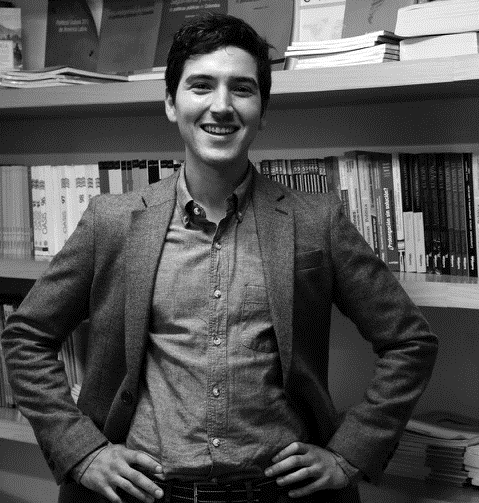 China's foreign direct investment in Colombia has begun increasing gradually in recent years, climbing from less than US$1mn in 2010 to US$32mn by 2018, according to statistics bureau DANE and government agency ProColombia, and the upward trend is set to become vertiginous after two key infrastructure projects were awarded to Chinese consortia in 2019: the first line of the Bogotá Metro (US$4.7bn) and a light rail system (US$1.1bn), also in the Colombian capital.

BNamericas spoke about the growth of China's influence in Colombia with David Castrillón, a research professor at the faculty of finance, government and international relations at Colombia's Universidad Externado and a member of the board of the Bogotá-based non-profit Colombia-China friendship association.

BNamericas: Where has China's interest in Colombia been concentrated so far?

Castrillón: Colombia is a country that has lagged behind the rest of the region with regard to its relationship with China, and that includes the area of investments.

That means that only in recent years has this investment arrived in Colombia more strongly, and it has arrived like it did in the rest of the region a decade ago. In that sense, China's investment had been concentrated in the hydrocarbons sector and certain electricity generation projects.

In the last year alone, Chinese investment has changed and has followed the trend in the rest of the region, with investments such as the Bogotá metro, Regiotram and renewable energy projects.

BNamericas: What attractions does Colombia have for Chinese investments in Latin America in the context of greater instability in the region?

Castrillón: There are several factors that make Colombia an attractive market for Chinese investment. On the one hand there is its macroeconomic stability, which differentiates it from other partners that are closer to China, such as Argentina.

Colombia also has a potential that hasn't been exploited, which means that there are various projects that require financing or investment.

We're in a context in which the interest of companies from the US or Europe has been reduced, and that provides room for anyone else, in this case China, to put together those projects.

The [Regiotram] commuter train is an example. The only candidate for that tender was a Chinese consortium. That means that China has almost no competition at the moment.

A third factor, although this is in doubt, is that Colombia is entering a process of greater stability, which includes an improvement in security.

BNamericas: And what advantages would Chinese investment offer to Colombia in the scenario of the trade war between the Asian giant and the US?

Castrillón: The current context is a truce between the two sides, which comes at the cost of the Chinese commitment to buy more products from the US. The figures are quite large and this has concerned some, because they fear that what China buys from Latin America, like soybeans, it is now going to buy from the US because they have an agreement that requires them to do so.

In that sense, Colombia has been something of a loser in the trade war due to the instability it caused and the effect of that same uncertainty in the price of the dollar, which has skyrocketed.

BNamericas: What other sectors could benefit from Chinese investment in Colombia?

The country has had problems accessing loans to finance projects, not because of financial problems, but because of the security situation.

After that, there is an interest on the part of President Iván Duque to develop the tourism sector. China has invested in cruises and resorts in the Caribbean, so we could see investments in that regard.

BNamericas: Are there regulatory barriers that could hamper China's investments in Colombia?

Castrillón: The barriers aren't so much regulatory as bureaucratic. Colombia has transparent mechanisms to participate in projects and, despite its proximity to the US, it hasn't been averse to Chinese investment like some European countries that have been concerned about the volume of investments.

In Colombia there are also mechanisms to prevent the decisions to award contracts being arbitrary, but there are pre-established guidelines. China has the ability to compete.

The only impediments are bureaucratic. In the past it has been seen that China has invested in countries where the government makes the final decision, and in Colombia that isn't the case, there is more time and more transparency.

But, even so, China is able to compete. They won the metro contract transparently.

BNamericas: Is Colombia providing the necessary facilities for foreign investors?

Castrillón: I'm not a cheerleader of the Colombian government in general, but in that aspect I believe that Colombia has done what it has had to do. The facilities are there. That's why we're seeing this sudden arrival of Chinese investment.

What's happening here is a snowball effect, in which the first Chinese investors have opened the door to others, and they have shown that it's profitable and it's worth investing in the country. More than regulatory changes, what there is now is more confidence.

On Wednesday, Brazil became the first country in Latin America to register a case of the coronavirus.

Last year ports handled 48Mt, 5.6% less than in 2018, as protests took their toll on operations in the last quarter.

BRICS and ICT: e-commerce a priority as countries look for common ground

Argentina election: Will Fernández and Bolsonaro get along?

Other companies in: Infrastructure (China)